After a busy weekend of visiting CGA and WaterWorld, I've finally been able to go through the photos I took this weekend of Au13 construction. Au13's turnaround is now really taking shape! CGA is moving along with this project at a rather quick pace! I'll be curious to see how things look by the coming weekend. 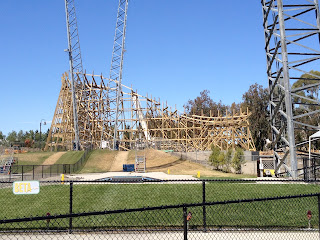 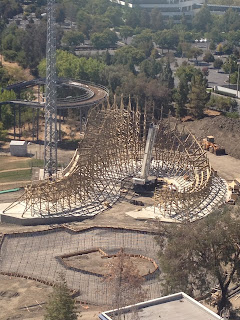 Also, the so-called "Drumstick" cement slab appears to be ready to take on vertical construction, and a third slab looks like it will be ready for cementing this week (slab framework right below the turnaround).

During my visit, we were treated to a brief but awesome backstage walk-back to get an even better, unobstructed view of the site! I would like to thank CGA for doing such a thing for us! 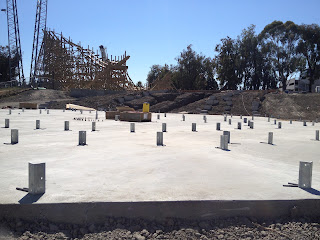 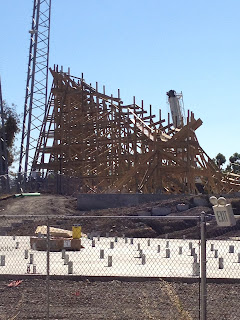 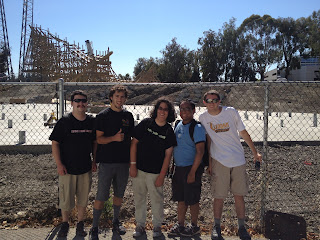 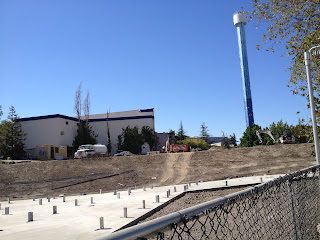 Here are some other random photos from around the park, with some new views...very surreal to see! When I was heading from Flight Deck up toward the Carousel, I literally paused mid step as I was in awe at what I was seeing...since the rest of the view was obstructed except just this portion of the coaster, it offered a view as though the coaster was complete! 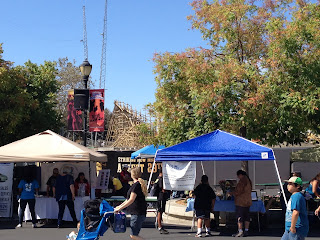 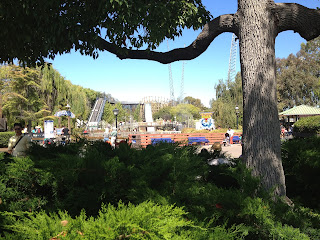 Lastly, it looks as though some trenches have been dug so some more foundations can be made. This would be for a turnaround right behind the construction wall (or where the ride's queue will start). 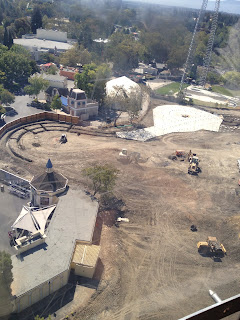 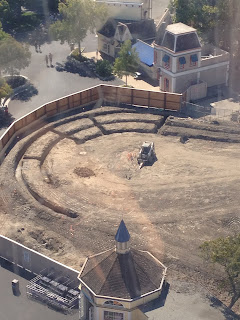 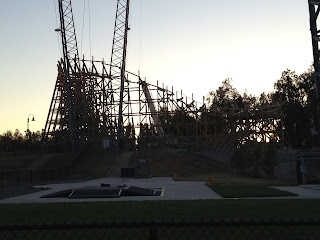