Today, Gold Striker has reached its highest point at 108 feet before it begins its descent wrapping the park's Star Tower. Great America posted an image from their Facebook (shown below), just showing how close the lift's peak will be to the Star Tower cabin.


Something interesting to note: the top of the lift appears to have some framework, looking like a mine shaft. It should create a nice head chopper effect for the back seat as it accelerates over the apex of the lift! Here's some other photos from down at ground level, one before the bent was put into place, and one as the bent is being placed. 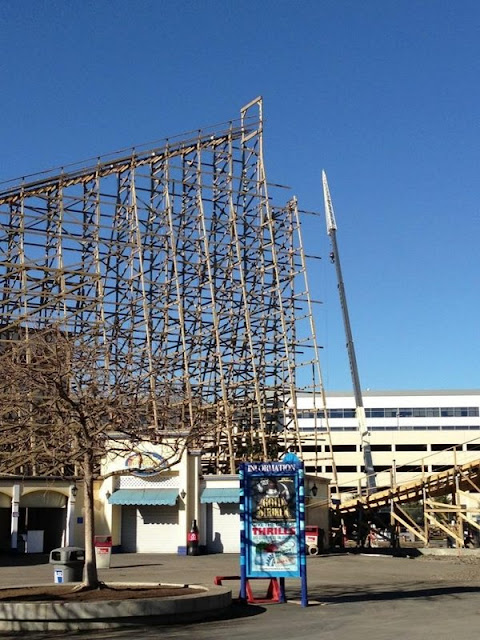 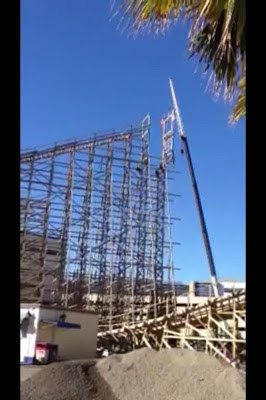