For those unaware, California's Great America opened for the 2013 season on March 29th. The park wanted to try something different with their kicking off the season by throwing in some extra perks. One of the big ones that pulled in the crowds were that if you were one of the first 2500 guests, you would receive a Gold Striker souvenir cup, plus unlimited FREE refills that day. 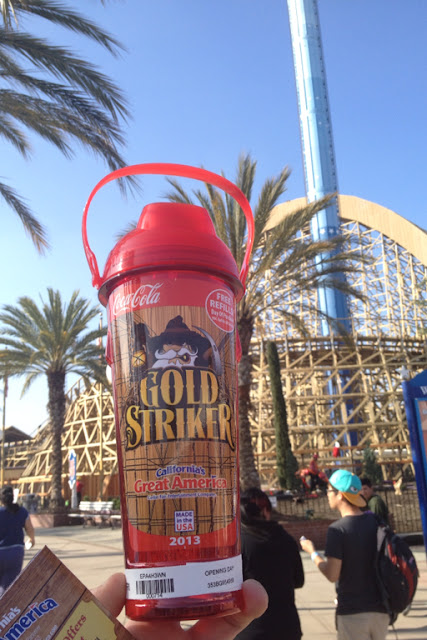 It turned out to be a HUGE hit and with how nice the weather was on Friday, free drinks were definitely a nice thing to have. Not to mention, a free first Gold Striker souvenir! On Saturday, the park did 3 raffles: one for early entry for a group of 10 into the park, one for a birthday package, and one for a first ride on Gold Striker for 2 on the first rider day. On Sunday there were Easter festivities as well as random prize giveaways (Opening Weekend t-shirts).

Great America kicked off the 2013 season with an opening ceremony with the Peanuts Gang, which is a first for Cedar Fair to pull off. The gates opened at 9:30AM and everyone congregated in the Carousel Plaza. At 10AM, the ribbon was cut, confetti was fired and the park was officially open! 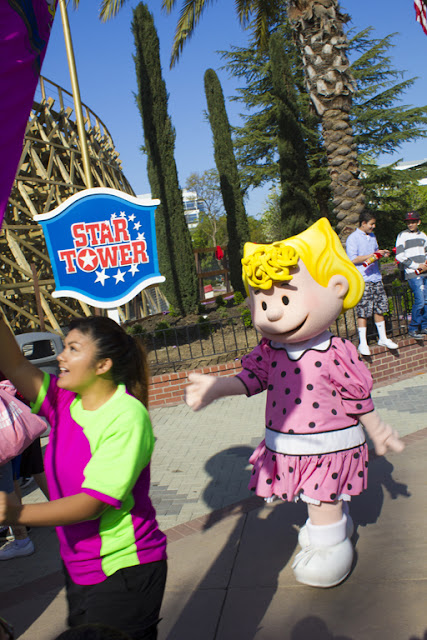 In the mean time, there were some interesting changes over in the front plaza, most notably on the Gold Striker side of the plaza. Star Tower was closed due to construction but should be ready soon. In the mean time, Star Tower received some new signage making it easier to now find the somewhat hidden entry.

While over this way, let's see what's up with Gold Striker! Most obviously, the inside portion of Gold Striker's tunnel received the panels and the tunnel really stands out. Actually coming upon the park from 237, one of the first things you see adjacent to the Star Tower is a huge, curved box. It's quite striking to see in person, no pun intended! 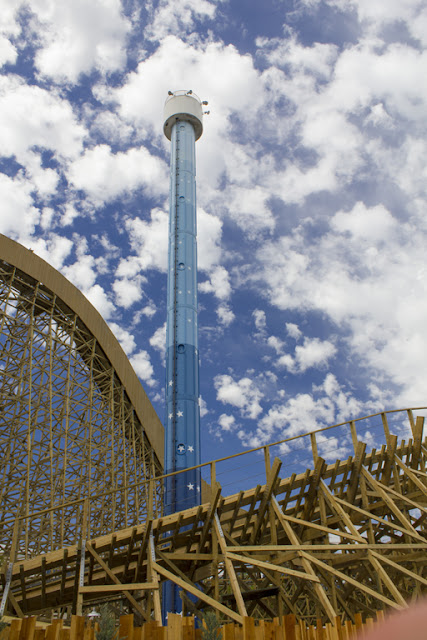 Another change in the plaza which is still in progress is the entrance to the line. Great America DOES NOT skimp out when it comes to landscaping an area and Gold Striker's entrance only proves that! While it may not be colorful flowers or palm trees, they chose plants that fit the theme of the old west. Let's have a look at the plaza in progress.


Let's take a look around the park and see what other things have changed. One of the key changes is a new show in the AFX theater, Happy Feet: Mumble's Wild Ride. It is a nice changeup from the Spongebob show, which has been there for a bit too long. I found it rather enjoyable, though the show did seem to end abruptly. In a way, it reminded me of those old short cartoons we grew up with as a kid. It is definitely worth checking out though! Other things pretty much consisted of fresh paint on buildings, as shown a month ago on the hardhat tour of the park.


Before we wrap up this report, let's take a look at some of the construction that was actually happening today with Gold Striker. One of the most noticeable things was the huge crane lifting anti-rollback sections onto the lift. For those who don't know, anti-rollbacks are what keeps the train from going reverse back down the hill should the lift chain stop. It is responsible for producing that 'chatter' noise you hear heading up the lift. 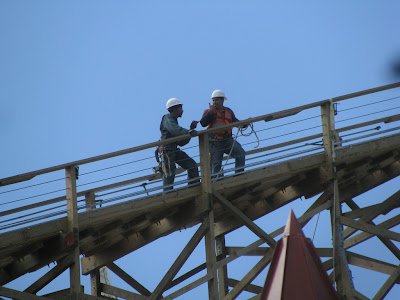 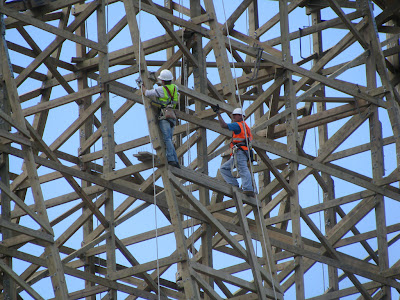 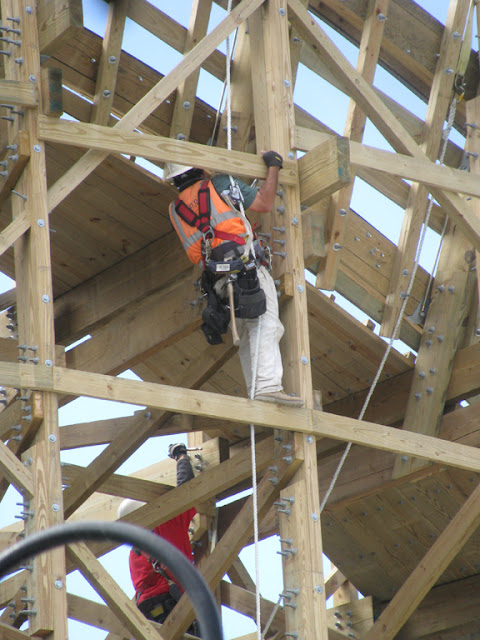 To wrap up the report, here's some miscellaneous highlights/low lights of opening weekend.

• The park felt rather alive, as opposed to the 2012 opening season
• The AFX theater new show was quite a hit as there were long lines all day
• Fresh paint can make an aging place look like new again
• Parking Lot is easier to navigate now and appears to clear out rather quick
• There were no rides (other than Star Tower) out of service this weekend
•  Parking Lot lighting is much improved - the park is now using LED lighting which is brighter and more energy efficient.

• Rides were breaking down several times thoughout the day. They are machines so it's expected.
• Some ride operations could be swifter while others were fairly quick (Quickest being Flight Deck and Vortex, slowest being Grizzly)
• The double rides promo was a bit confusing as one would actually have to search the park for it. However with the heavier crowds, the double rides only leads to double waits 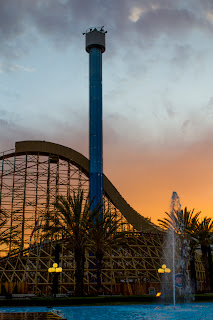 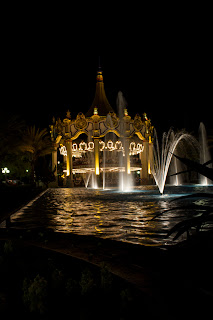 Stay tuned for the next update!
Posted by Thrills by the Bay at 19:15