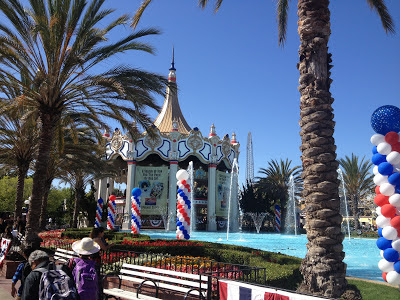 The past few days have been a busy few days for the park, in light of Independence Day Weekend. As many know, Gold Striker took on some modifications last week in response to the screaming rider dilemma. The short downtime actually provided some time to give some much-needed attention to Gold Striker's queue. 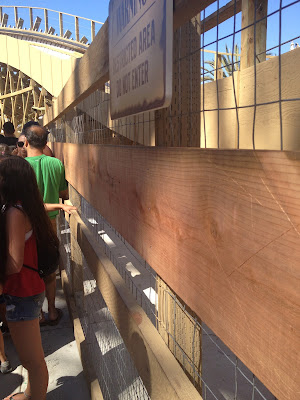 One of the first few noticeable things in the queue were some extra wood (above) added to the fencing and some heavier gauge metal wiring (below) further up the queue. 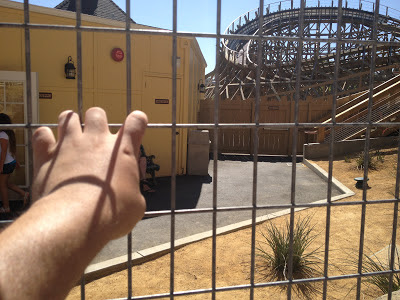 Unfortunately, during the past month of the coaster being open, Gold Striker's queue faces an up hill battle against vandals who either bend the metal wires on the fencing (which eventually causes metal fatigue and leads to wires breaking off), or...pardon the expression being rather idiotic, writing on the walls, sharing their Instagram accounts. The park is out there every day sanding down the walls only to have them littered with vandalism by the end of the day...it's quite sad these days as people have no respect for other people's property.

Let's now take a look at one of the important things done to Gold Striker, that is...the new 70-foot descent tunnel! 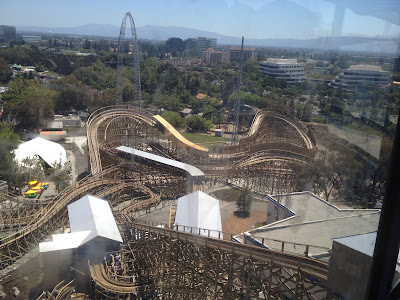 This tunnel not only dampens riders' screams as they take on one of many surprise moments but it actually enhances the surprise moment (which is one of the many spots where your experiencing some airtime)! I found myself quickly pulling my hands down as the train would dive through the tunnel. We can only imagine that the tunnel will slowly get fully painted to match the rest of the ride.

Now it's time for some other general park updates! One new thing added this weekend was a "Spin the Wheel" game where you would pay a small fee, spin the wheel and guarantee to win something. Odds seemed pretty high for "Front of the line" passes, which were being used for Gold Striker. The fast lane queue was actually bustling 7/7/13!

And for the last bit of news, it appears that something has started to rise...something like....a Haunt maze! It's July but Haunt will be here before we know it! Wonder what it will be... 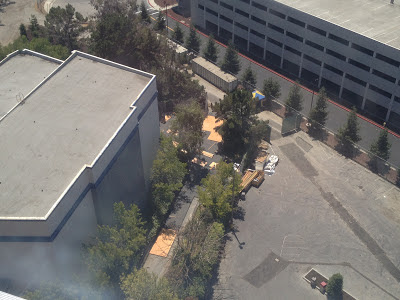 Stay tuned for future updates and be sure to follow CGA Insider on Facebook for frequent park updates!