Great America is now in full time operation and is running in its summer hours mode. This means that you can now start riding coasters and such after dark! There's been several things happening at CGA over the past few weekends that we thought we'd like to share. While many of these are "small things" it really makes the whole big picture look even better! 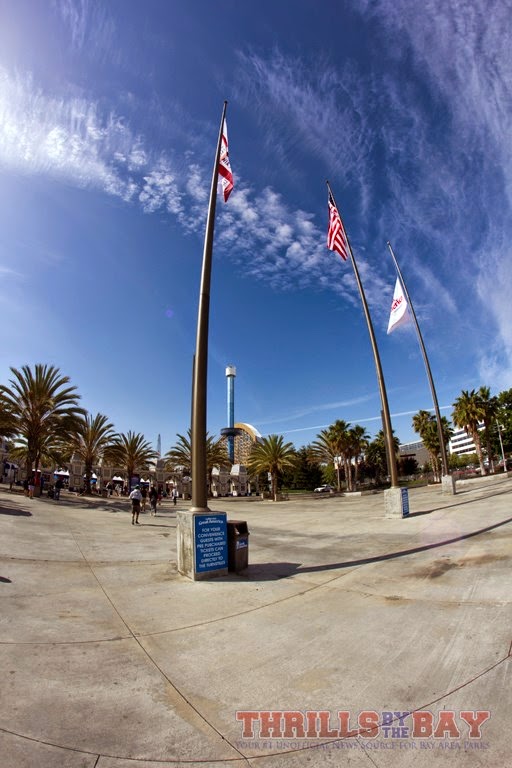 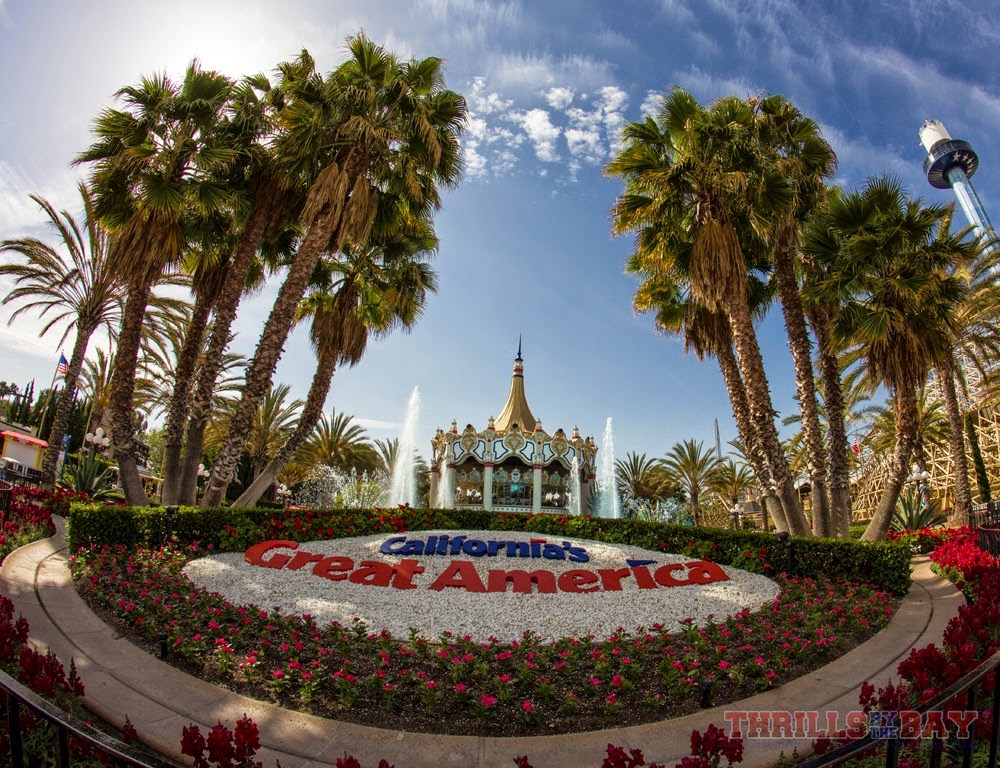 Our friend and site partner Great American Thrills shared some images with us, as well as a few images we took.

Let's start with a look at Flight Deck. The obvious change at Flight Deck would be it's paint job but there's even more! The only way you'll see it is if you actually have to wait in line! If there's no line, you'll walk right by it. 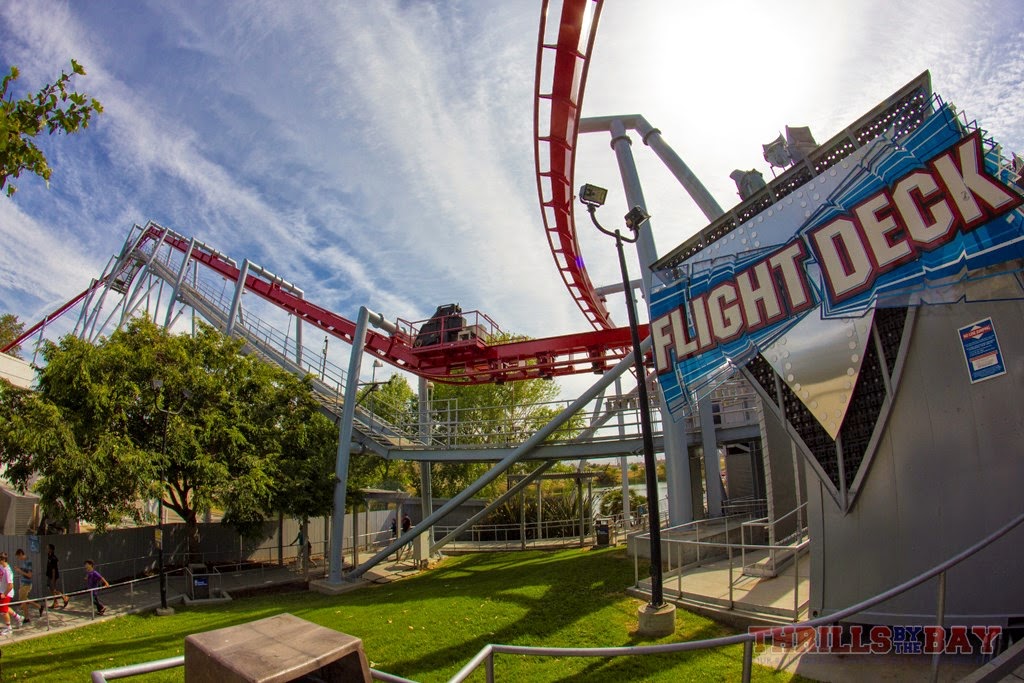 Moving along, some improvements have happened over at Rip Roaring Rapids. They restructured the queue significantly as you now pass by Lake 2 (and the coin op geysers) as you enter the Rip Roaring Rapids line. 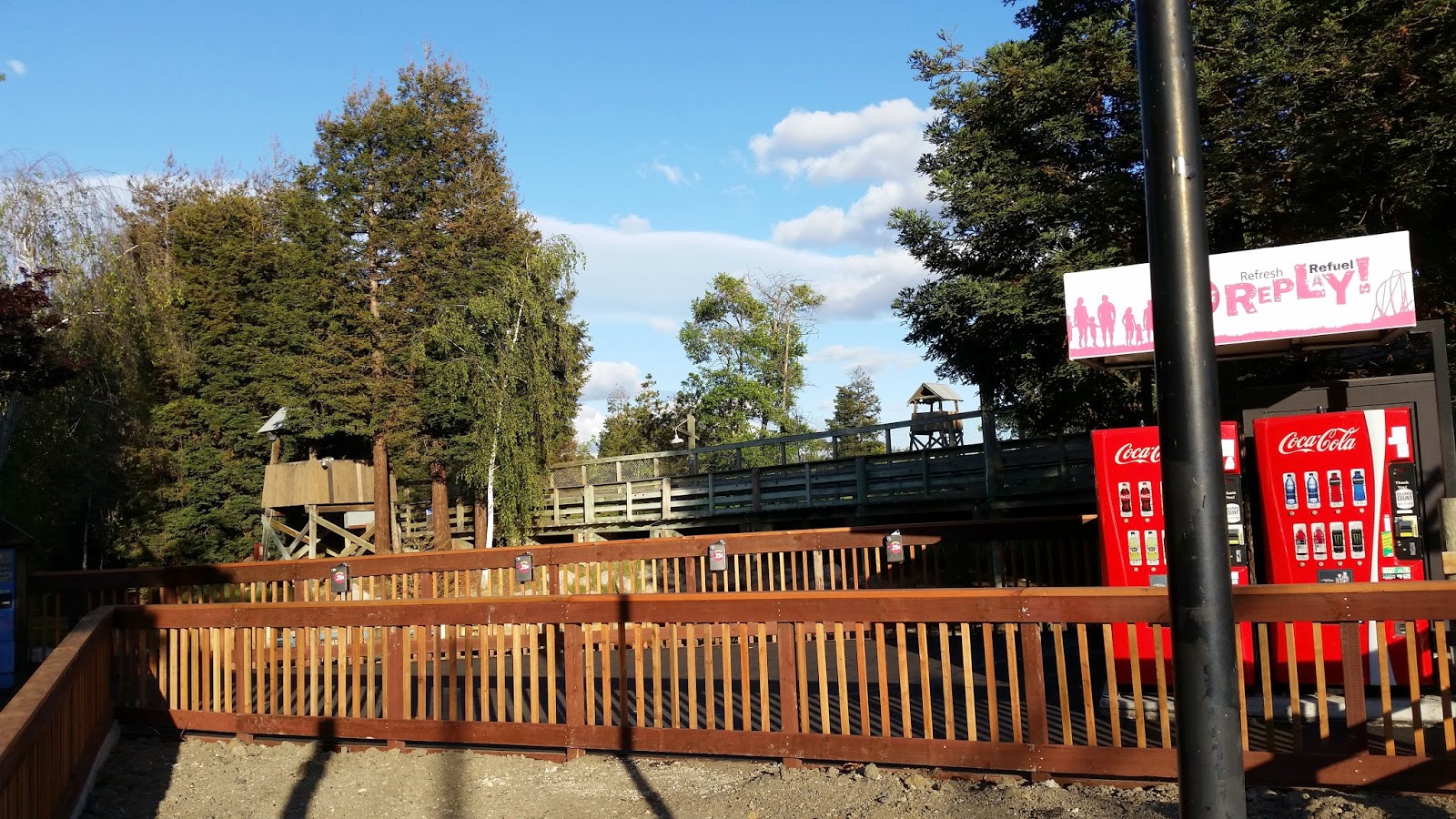 As we venture further toward the back end of the park, we noticed that one of CGA's star flat rides is still down. By the looks of it, this could be down for quite a while! Notice anything strange here?

On a more positive note, Drop Tower seems to be running better after having a rough start of the season. 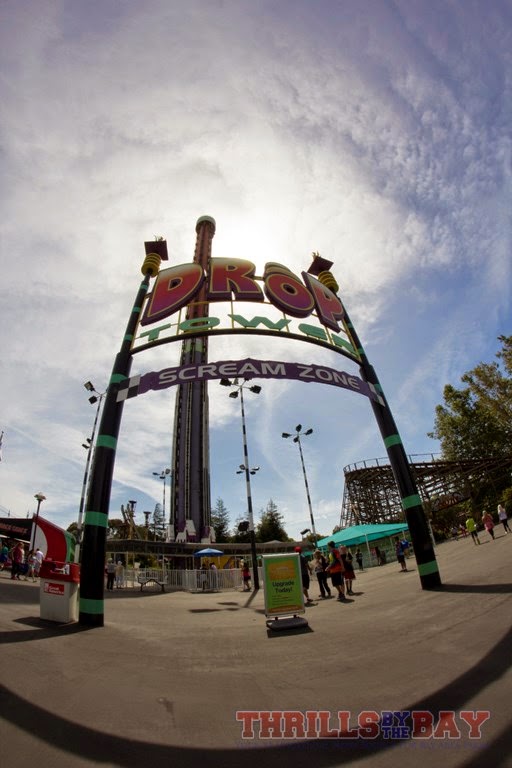 Since we're in the area, there's some stuff to check out over at the park's other wooden coaster, Grizzly! As we said, the minor improvements goes a long way!


Heading back to the wooden coaster up front, Gold Striker, there's a few things we'd like to share, as well as a few fun photos! We took the fish-eye lens to the park and wanted to capture the feel of Gold Striker's drop wrapping around the plaza and Star Tower :) 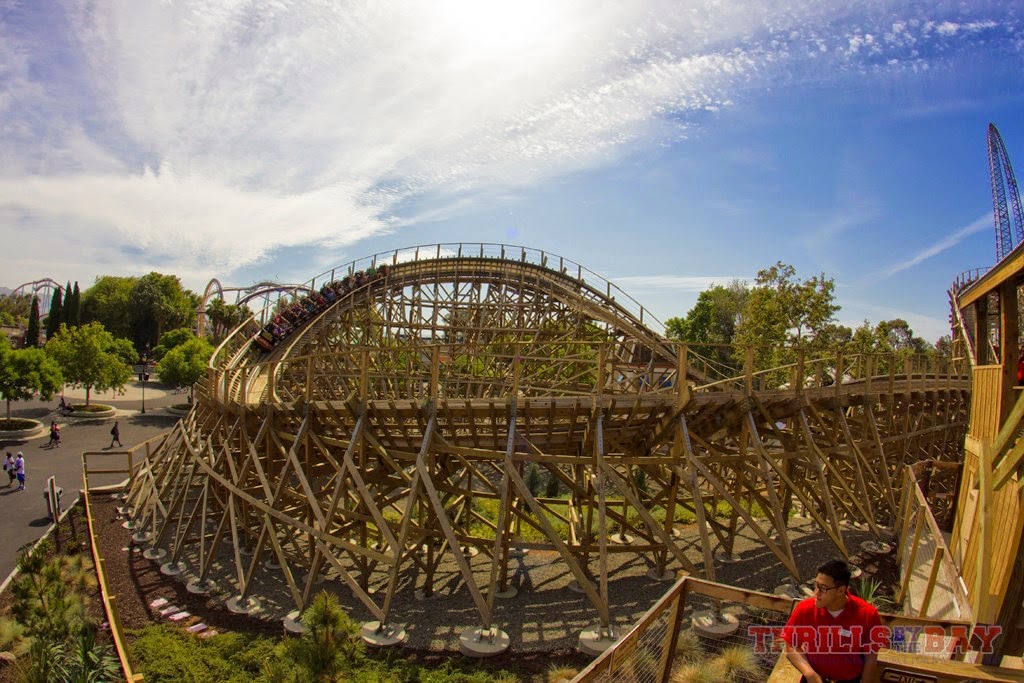 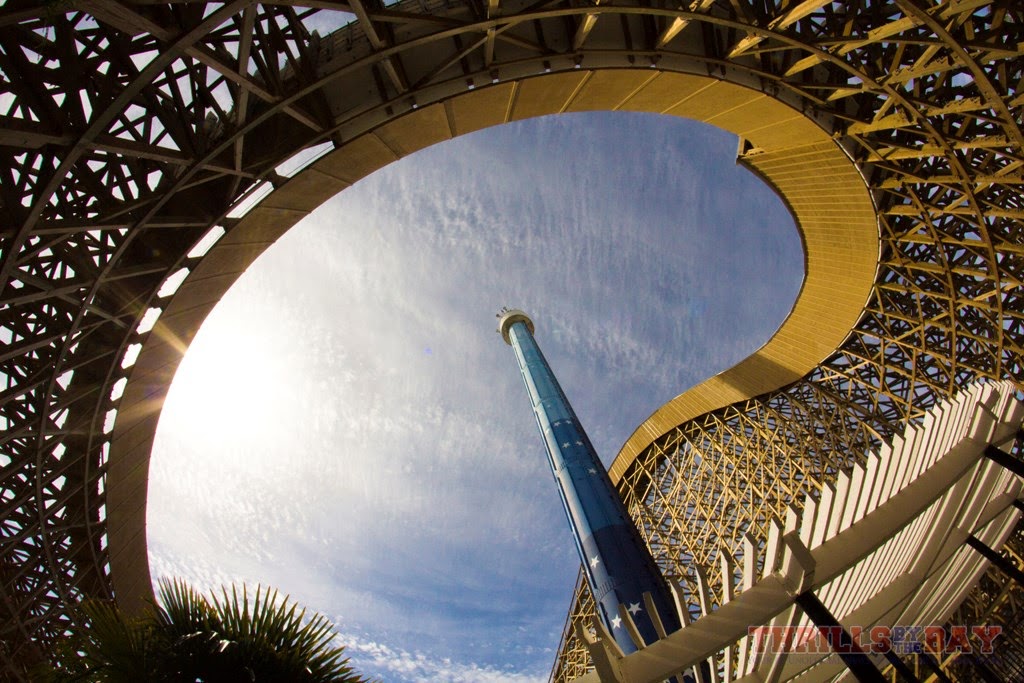 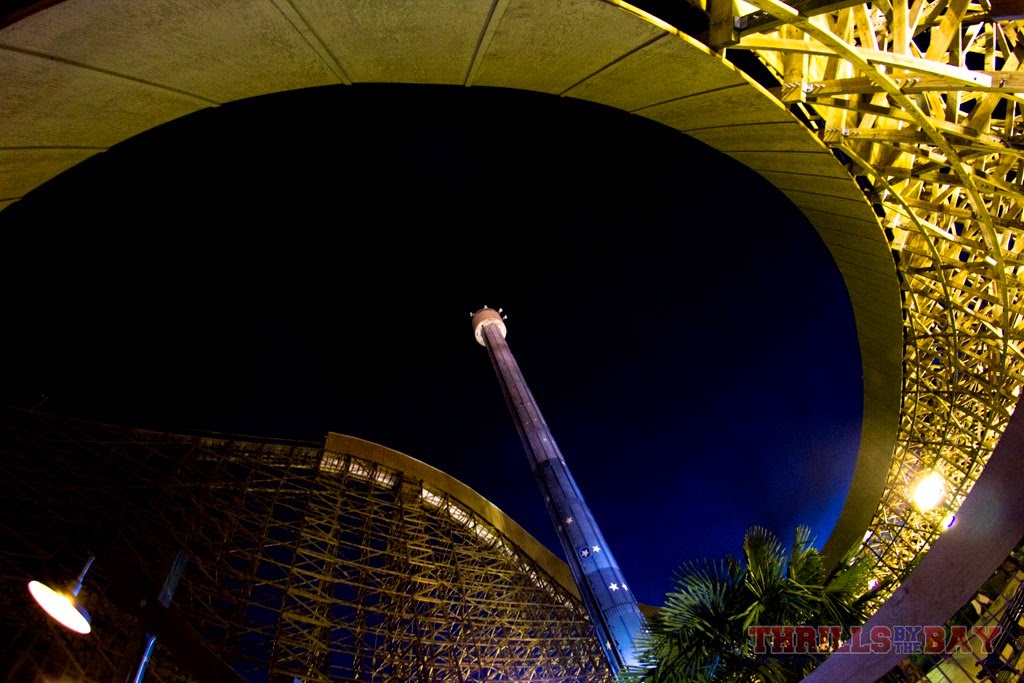 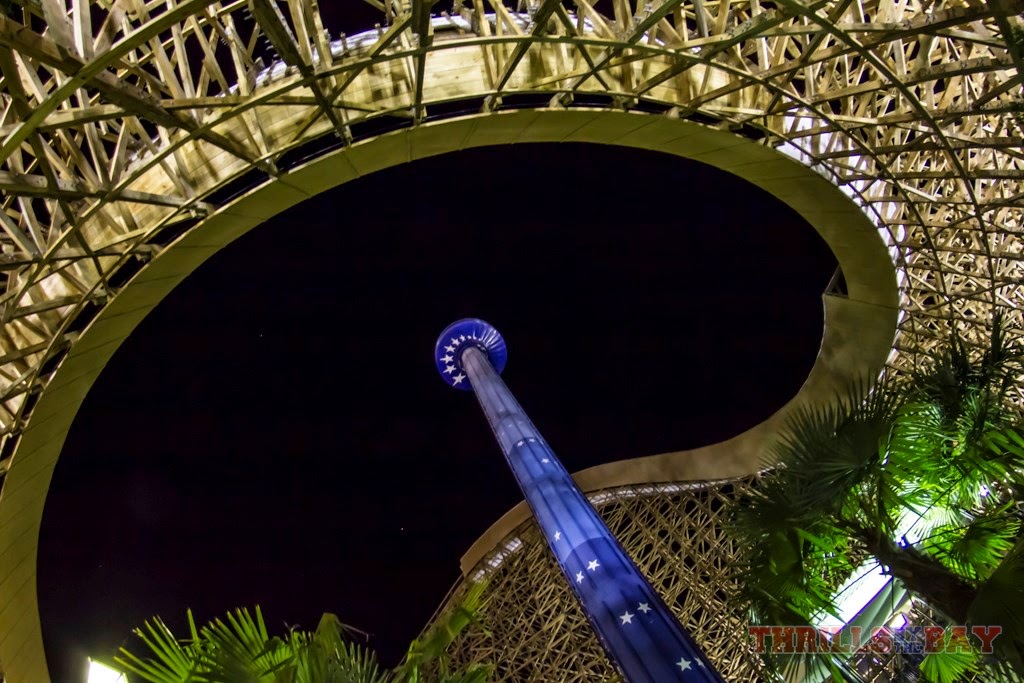 Lastly, we'd like to end the update with some night-time activity and changes. First off, we'd like to point out that Delta Flyer/Eagle's Flight (Von Roll sky ride) was running after dark! This offered some nice evening aerial shots of the park! 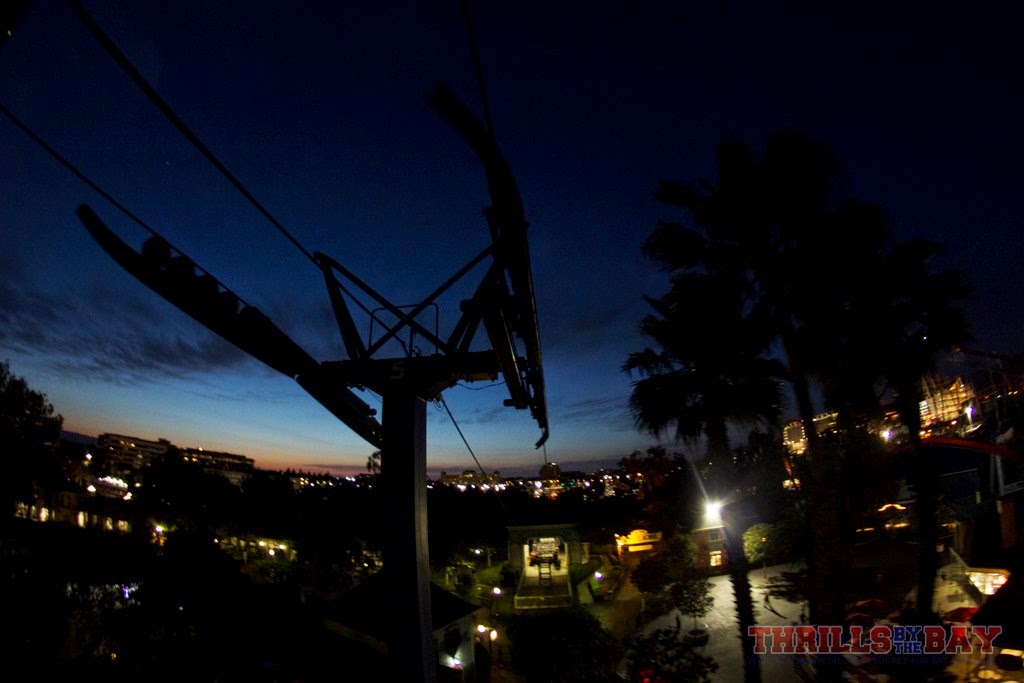 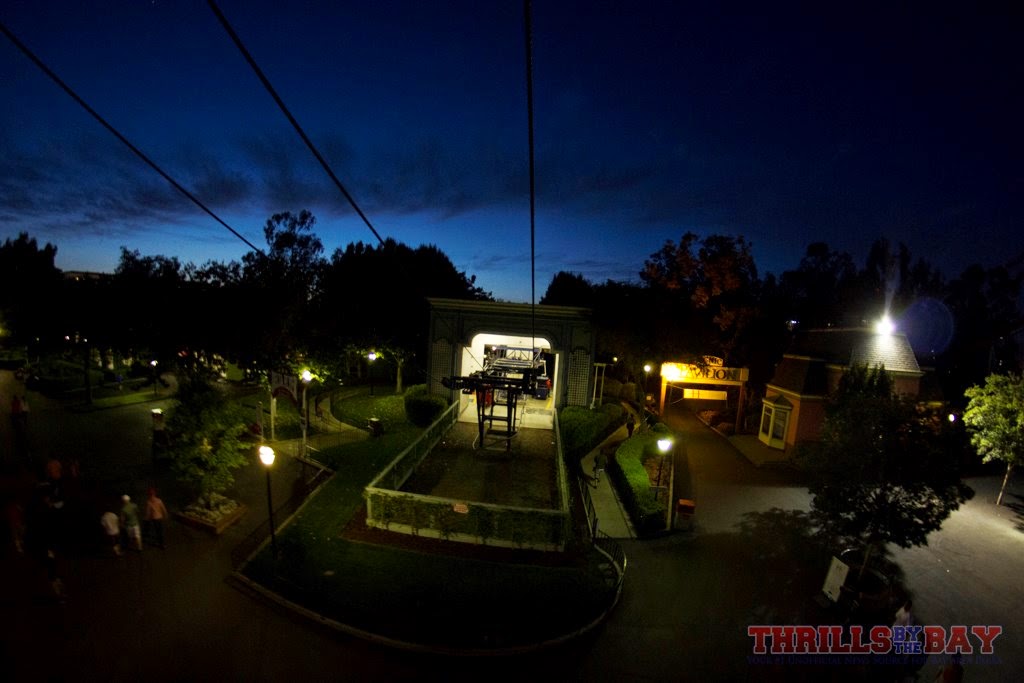 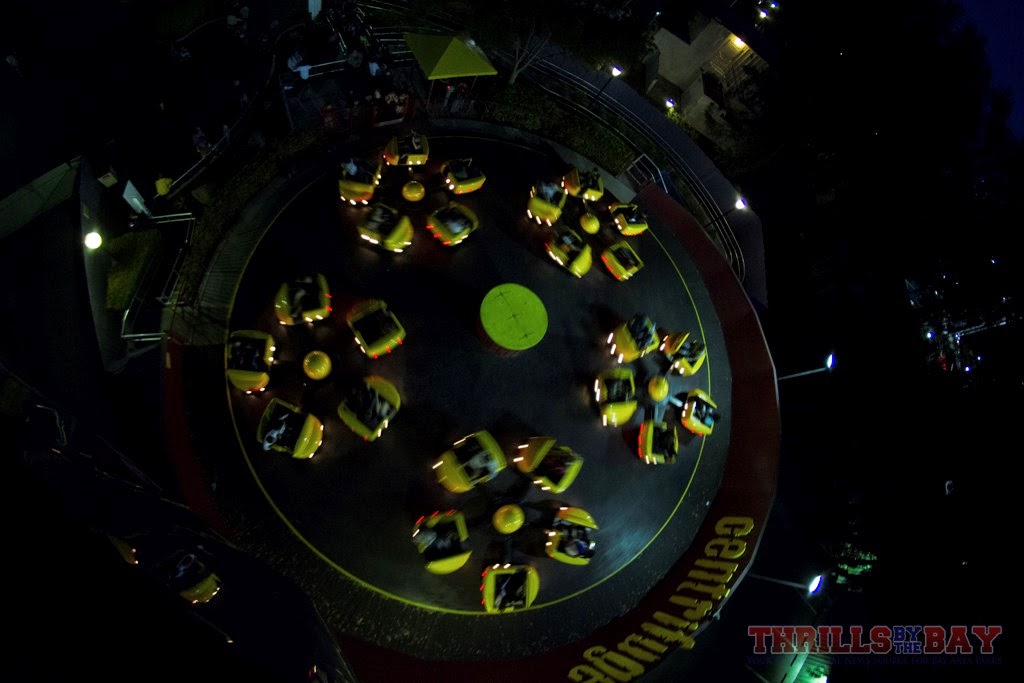 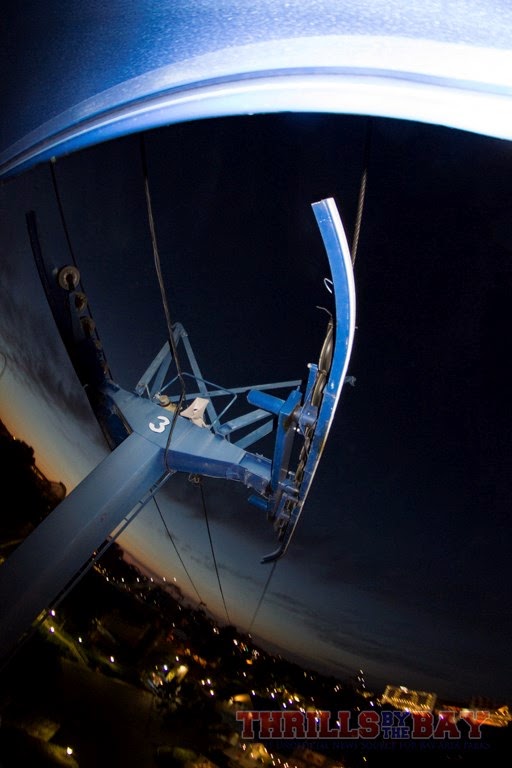 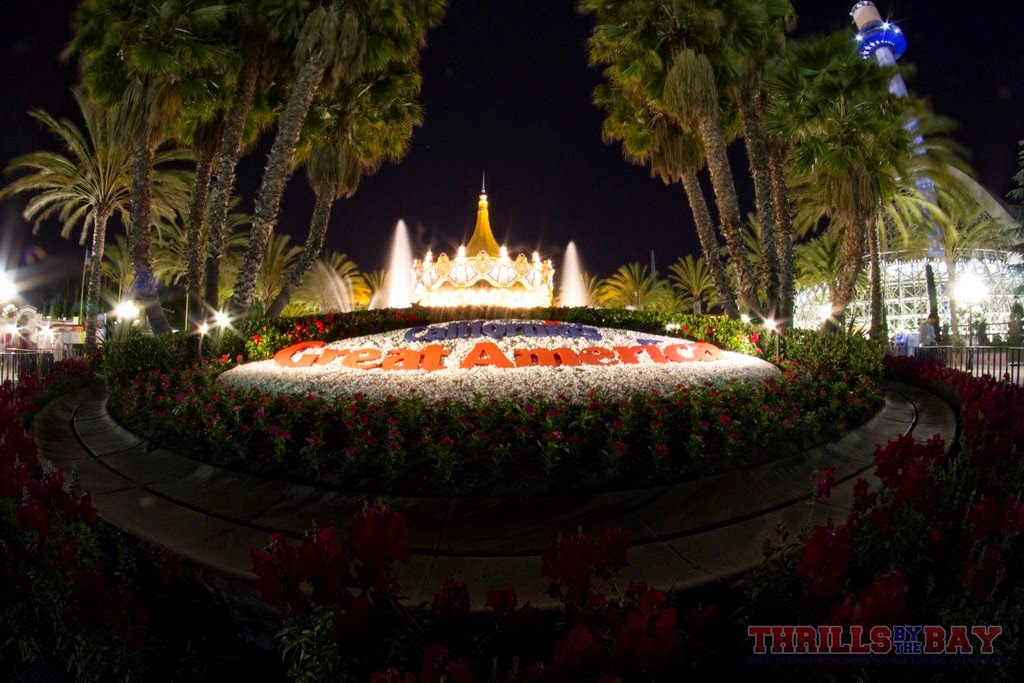 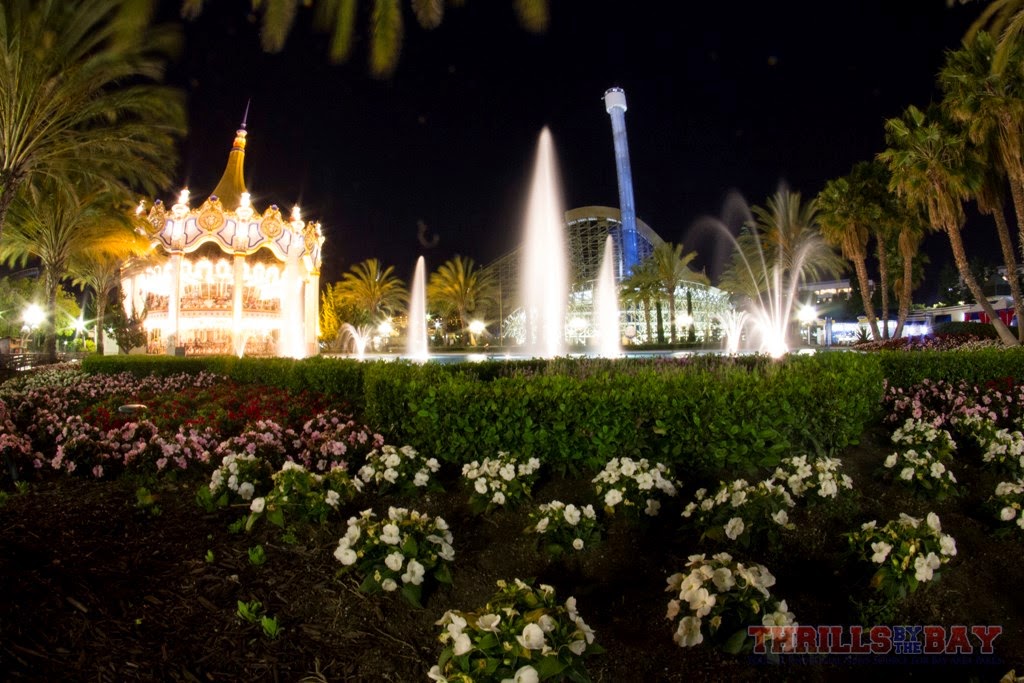 And that's it for this update! Stay tuned for more bay area park updates and be sure to follow us on Facebook! Also be sure to visit Great American Thrills and give them a like!
Posted by Thrills by the Bay at 18:51