ACE and Thrills by the Bay makes a Splash at Waterworld California!

It's June, school's out, and the temperatures are starting to rise. You could always crank up the AC to stay cool. Or....you could visit Waterworld California in Concord, CA. WaterworldCA opened in 1995 with a decent collection of slides and attractions to start off. Throughout the years, the park has slowly expanded, but adding an even better overall experience to their park! Waterworld CA is situated right in the middle of a commercial/industrial zone and is set back behind some office complexes just off of Willow Pass Rd. 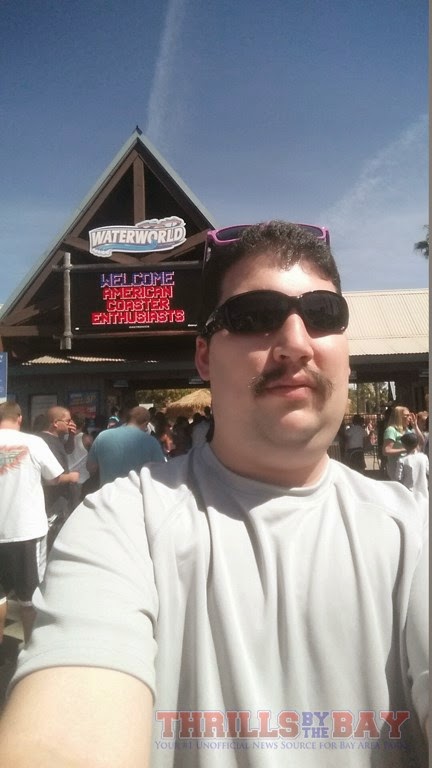 Thrills by the Bay joined ACE (American Coaster Enthusiasts, Northern CA Region) for the 3rd annual Summer Splash event. Summer Splash was also a "Pre-Coaster Con" event, which happened to be taking place right here in the bay area this year. With this said, Waterworld went well above and beyond to provide a quality experience for us attendees. Our hats are off to Waterworld for pulling this off, and then some with added surprises!


We started off the day with a back stage tour of the park. This included going behind that wall situated at the back of the wave pool. We got to see how the waves are generated, as well as the filtration system that covers multiple attractions in the area. Word of warning: If you ever step back there (on an authorize tour, or if you work for the park) it is insanely noisy once the fans turn on. 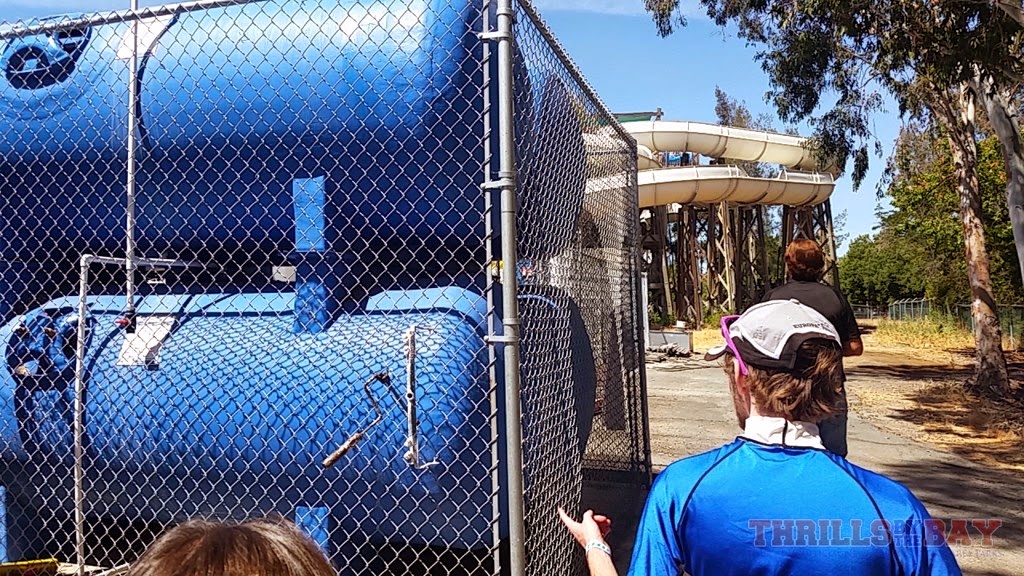 How does their wave pool generate the waves anyway? Well, there are a series of powerful fans that turn on, and valves that open/close pulsing the powerful blasts of air onto the water to generate a disturbance. Hearing the equipment running is almost rhythmic as you hear the pistons open and close the valves. The rhythmic pulses of air is what causes the waves to generate! 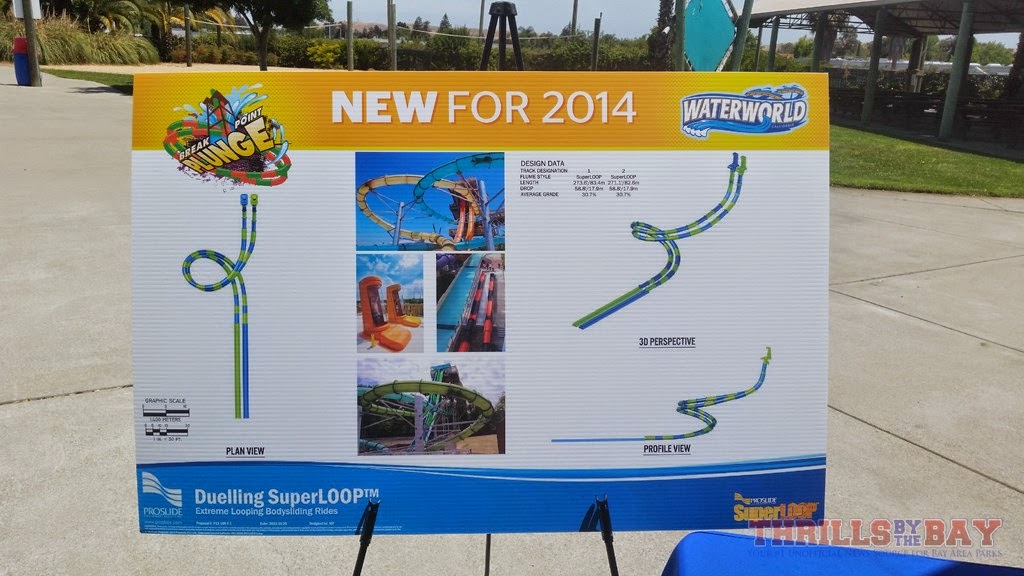 Riders climb inside the capsule and the door is secured shut. Riders lean against a near vertical wall as their arms and legs are crossed. The countdown begins and the floor they stand on drops from right below their feet.

Skybox launch capsules provide a terrifying experience as you are nearly freefalling for a split second. At the same time, this technology actually provides a safer experience as riders can't dispatch themselves prematurely, accidently slip down the slide, or slide in an unsafe position. The slide is completely controlled by a control panel much like a regular amusement ride and the slide attendant won't dispatch riders until they are in a safe riding position. 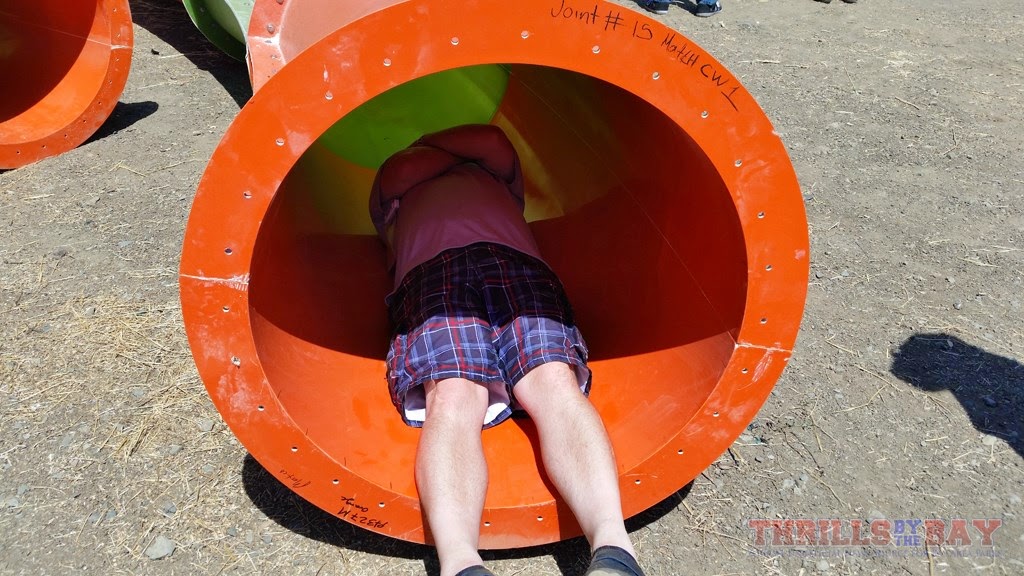 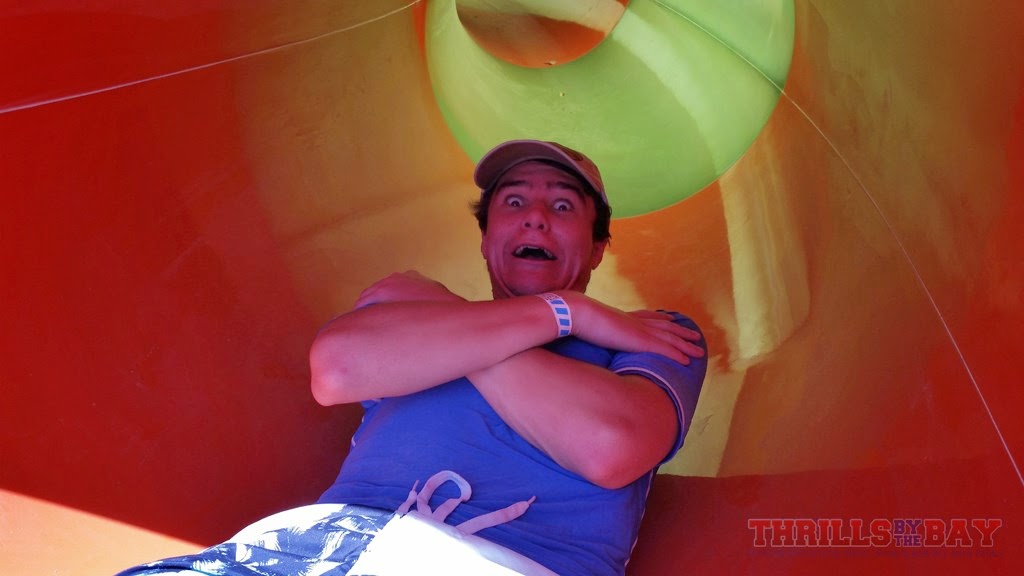 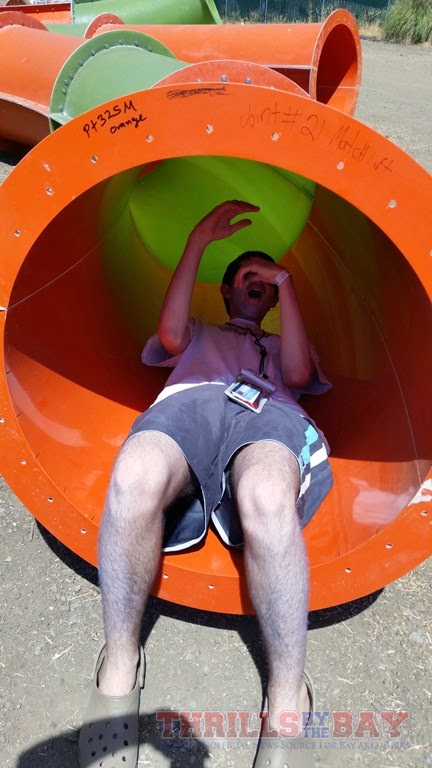 The concrete footers and foundation were poured last week and we can expect vertical construction to happen this week. Once vertical construction begins, slide assembly will happen fast! An interesting thing to note about the slide's layout: Both loops/helices are positioned to the left of the tower as opposed to the "Butterfly Configuration." This was to save space in the large vacant plot of land the park still has for expansion, for the purpose of future expansion. Very few parks in general still have undeveloped land that they can use and often have to resort to tearing out an older attraction for something newer. Others are forced to be creative and keep building things off of existing towers and empty into the park's lazy river. 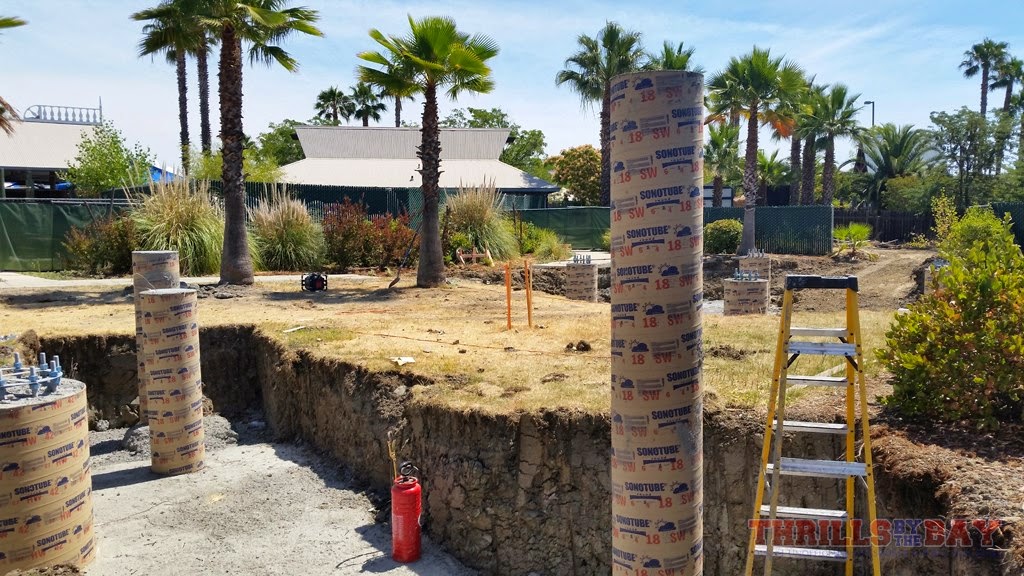 After the tour, we had a little bit of spare time before lunch so we took a dip in the lazy river. After doing a lap around, we headed over to the Luau Picnic Grove for our catered lunch. We were served your typical picnic food, but the food itself was really good! One can't go wrong with Nathan's Hot Dogs :) 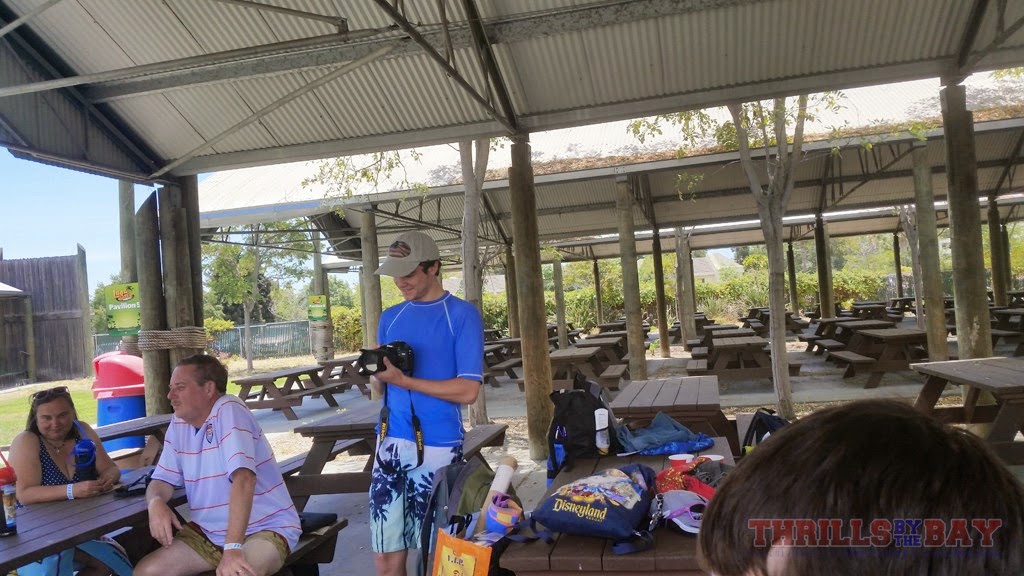 We were then surprised with our post closing ERT session not only being extended to an hour, but opened up 5 additional slides for us. The original offerings were Honolulu Halfpipe (Waterfun Sidewinder slide) and Tornado (Proslide Tornado). We also got to enjoy the rather intense family raft slide Big Kahuna and the Typhoon slide complex (a series of serpentine double innertube slides). We will have to say that the slides on the Typhoon tower are actually quite intense! Our favorite would have to have been the "Monsoon" slide where we felt some good forces, a pop of airtime, and overall out of control feeling all in total darkness! 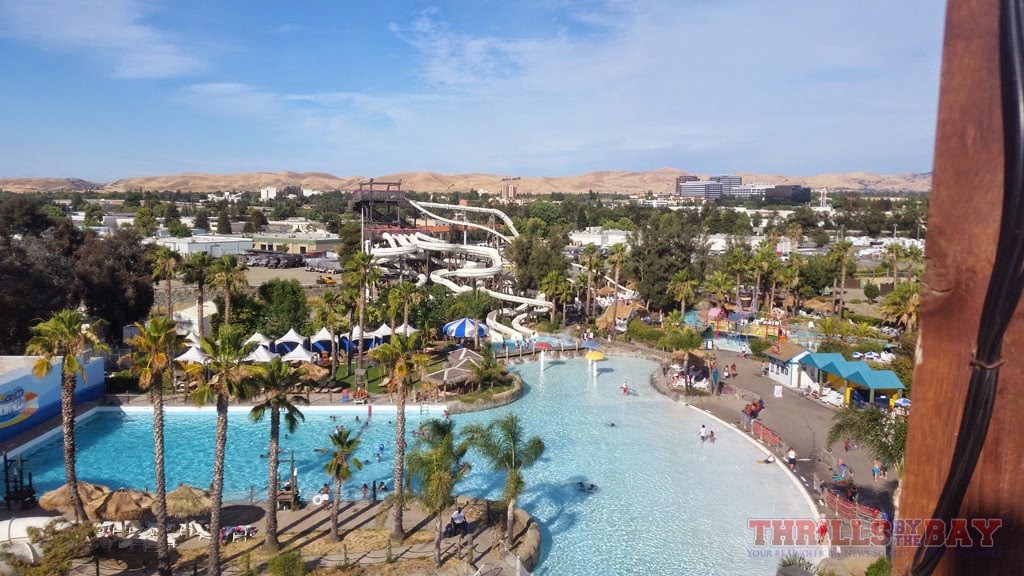 We would like to thank the staff at Waterworld including Al Garcia, Park Director of Sales and Marketing, for making this event happen, Bill Werner, Director of Maintenance and Construction for the wave pool tour, and the slide attendants who stayed after normal hours to run the slides for us! This is an event that we will never forget!


We put together a fun video showing some of the activities going on at the park!
http://www.youtube.com/watch?v=0e6S5PujtbI

Feel free to follow us on Facebook for Bay Area park updates, and stay tuned for the next park update right here!
Posted by Thrills by the Bay at 21:38