It's the most wonderful time of the year - that is when we can look back and realize we can ride roller coasters even during the winter months and not be affected by that dreaded off-season that most of the nation faces. As you know, Six Flags Discovery Kingdom is open year-round! This past weekend they kicked off the Holiday Season with Holiday in the Park. 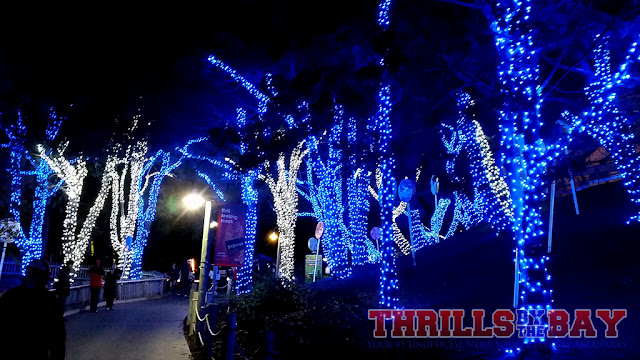 A park visit would not be complete without checking out some Joker construction photos. The ride is really beginning to take shape and you can see the slight height increase of the lift and the now much sharper and steeper first drop. Many sections of the rides have steel ledgers in place (steel horizontal beams the track is attached to) while other sections are still receiving their "hair cut" (reprofiling of the support structure).


No track is in place yet as there's still not a whole lot of track on site yet. Rocky Mountain Construction actually has a pretty busy year this year between 4 different coasters they're doing: Joker, Lightning Rod at Dollywood, Storm Chaser at Kentucky Kingdom, and Wildfire at Kolmarden (Overseas project). We're hoping that on our next projected visit (which won't be until the end of the year due to holiday events and a trip to Disneyland for the holidays) we'll see some more track and begin to see some track on the coaster itself.

One of the things that would be nice to see in this area is some kind of monitor advertising The Joker, would bring some more excitement to guests who are in the park and happen to be in this area.


On our visit on 11/28/15, V2 was down leading to just having Superman being the only key attraction running in a dead end. SFDK has an awkward layout to begin with so sadly we only got to ride Superman once. And it was quite busy this chilly evening.

Also wanted to bring up another highlight: We were a bit late to the party of checking out Dare Devil Chaos Coaster but finally gave it a spin. Visually, it looks odd seeing this huge ring sitting in the midway - something you'd expect to see at the fair. As you get closer to it you begin to realize it doesn't look as rickety as the carnival versions (no cables holding the structure together, looks more polished off for a permanent theme park). The lighting package on it looks fantastic at night and really lights up the midway.


Now onto the ride experience...the ride is manually controlled by the ride op (next time you ride, you'll notice the ride op controlling a lever). This means they can actually stall you upside down for several seconds. Dare Devil Chaos was a fun experience but it was one of those rides we were only able to handle once. Due to the nature of that ride it left us a bit nauseated (we inverted quite a bit)...we could feel a potential protein spill coming on. It is one of those rides we'd have to choose wisely if we want to ride as it could break the rest of the day for us or require us to take an extended break. Good thing the park has animals to check out! 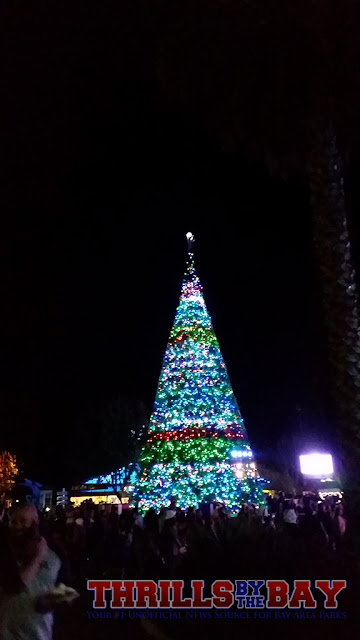 Holiday in the Park is a great event. While this isn't a review of any sort, we do want to mention some highlights of the park's holiday event and things we'd like to see in the future. Some of the highlights are the return of the Blitzen's Wonderland Mountain (Snow Hill), various areas in the park set up with light displays (Especially back near the snow hill), and of course, having our favorite rides running. New for this year is Six Flags Dazzle, an area in the front plaza where various lights on buildings and the large Christmas tree dance to music. We caught a glimpse of it as we were passing by as we saw different light patterns appearing on the tree and buildings.


Things we'd like to see is more light displays. Years past we had seen some lights on the lift hills of the coasters which added a nice touch. This year only Medusa had lights on the lift. There were some areas of the park that just felt like they were missing something even if it were simple lights on the trees (Especially the dark path between the Medusa plaza and the dolphin stadium).

We ended our evening a bit early as the temperatures were starting to take a nosedive (California's been experiencing some chilly evenings as of lately thanks to the mini storms we've been getting). Our final ride was on Medusa where our faces went numb and the ride felt like it was running much faster than during the day. And our tradition is to end a Six Flags day with a little Black Bear Diner...gotta love the coaster car out front. We dub it "Bear Devil Chaos Coaster" :)