We're back from the opening day at California's Great America and overall was a pleasant day. The park kicked their 40th year off with giving out free cinch bags (complete with old school Marriott-era Great America logo) to the first 2500 guests. Crowds were light today so a huge number of guests walking around the park today all had their bags in tow. 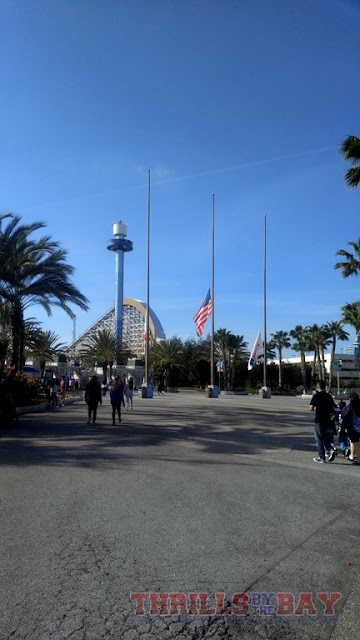 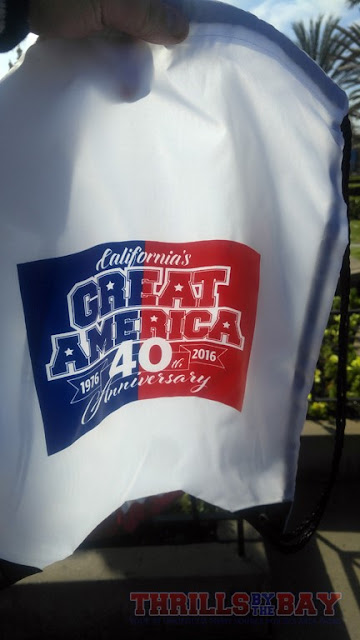 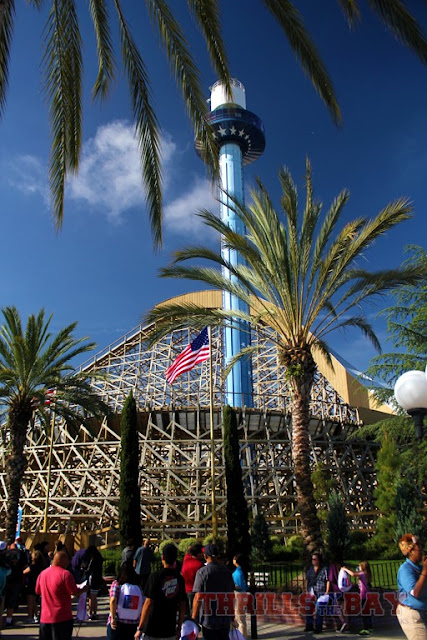 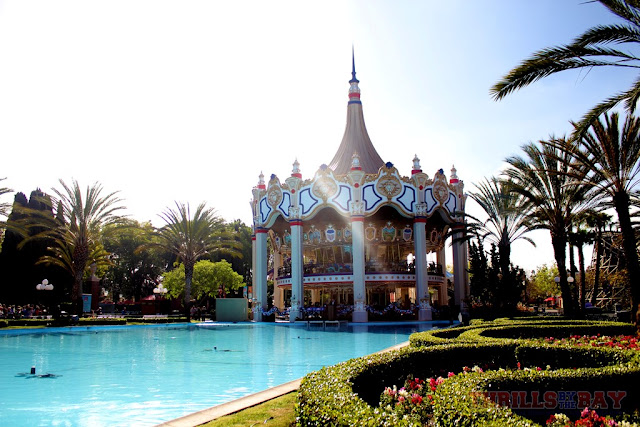 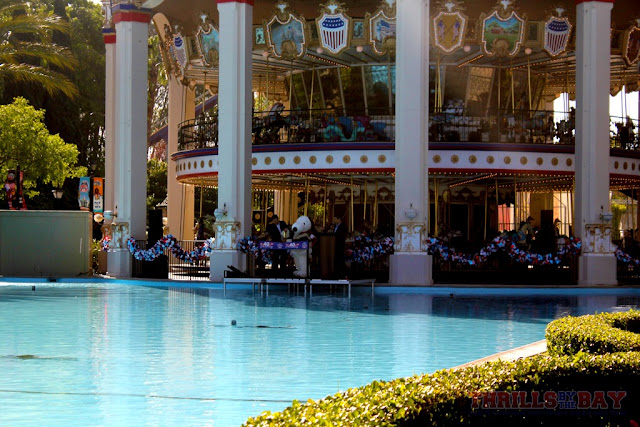 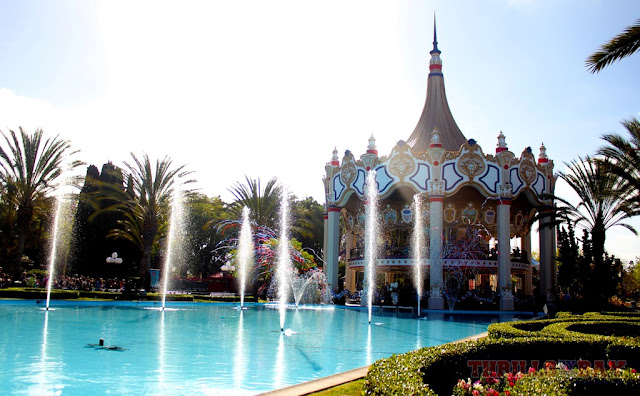 Opening day though is expected to arrive with several kinks that will be worked out over the coming weekends. Some of these kinks included slower operations (as ride attendants get accustomed to their roles), some infrastructure glitches (season pass discounts), slower operations at food services  - the available staff that was present had their hands full with everything and they did everything they could to get food out, but the lack of staff initially made it a bit rough for both employees and guests alike. Kudos though to both guests and employees for being patient and handling things rather well (at least the line we were in everyone kept their cool).

Plus side, the crowds were light so that made for the majority of the rides a minimal wait or a walk on. We also saw numerous park improvements as we made our way around the park. The Games Gallery near Drop Tower looks so much better now as it takes on a more vibrant color scheme as opposed to the gloomy gray colors from the Paramount era. In fact, all the new color in the area sort of makes Drop Tower, one of the focal points in the area, look a bit more faded. 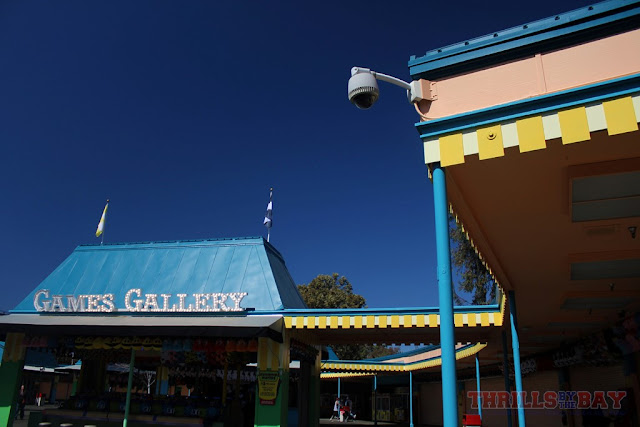 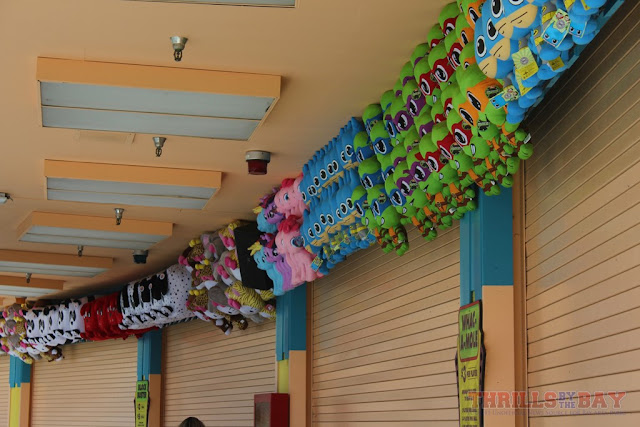 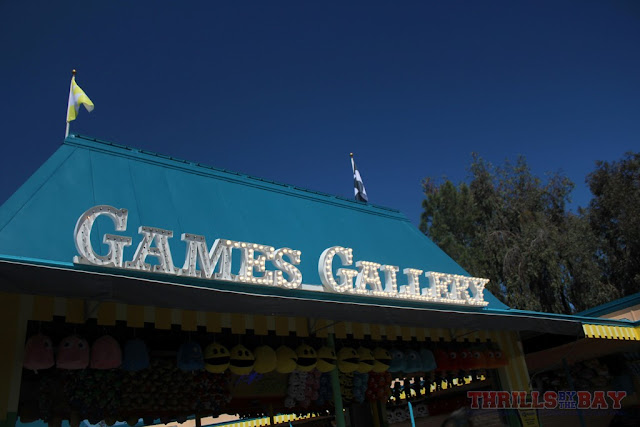 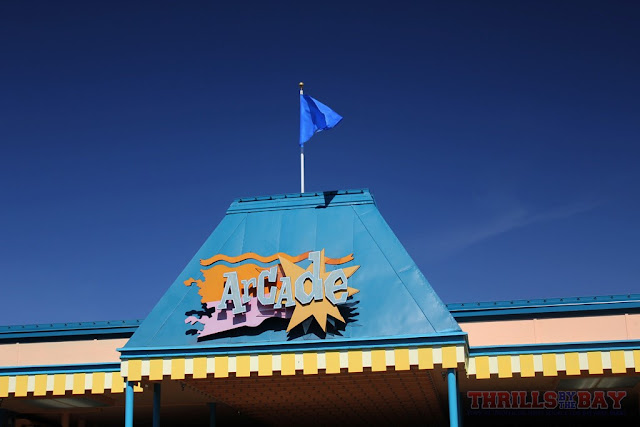 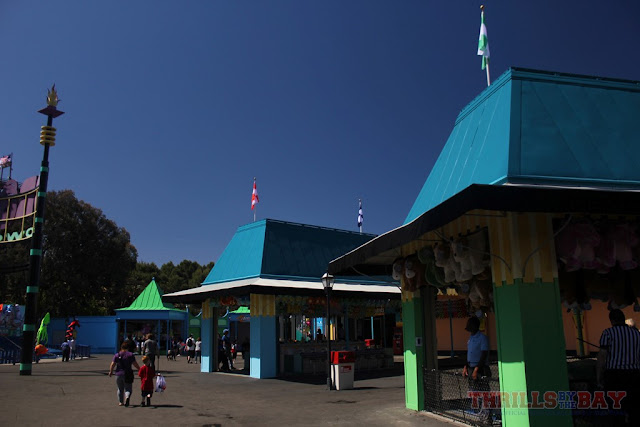 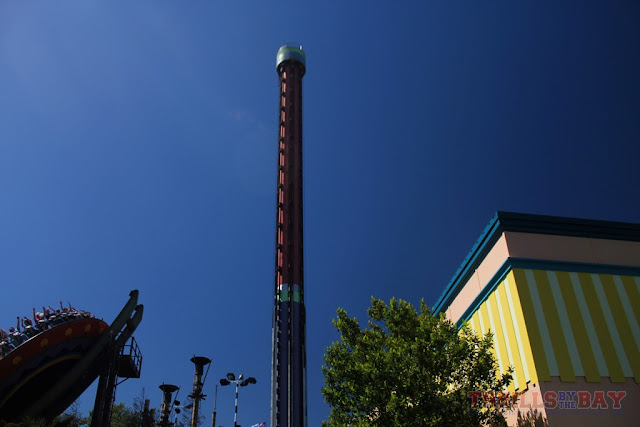 New this season in food services was the "All Season Souvenir Cup" where your cup gets you unlimited refills all season long (as opposed to the 99-cent refills for the rest of the season). We opted to get the cup as we're frequently at the park and know it will come in handy when those hot summer days roll in. 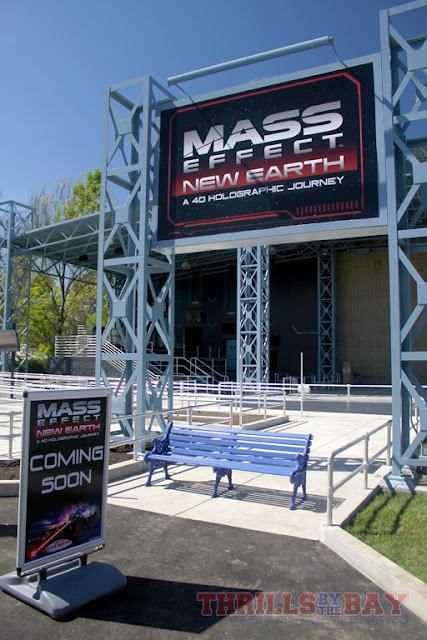 Mass Effect did not open with the park but will be opening some point later this spring. It looks like there's still a bit of work to be done but it's hard to tell as everything is enclosed. The queue for the theater has been expanded outward and unfortunately as it currently stands, there is no shade. Until later toward the evening when the surrounding trees shade the queue, guests are going to be roasting in the blazing sun. Hopefully some kind of shade structure will be in the works. 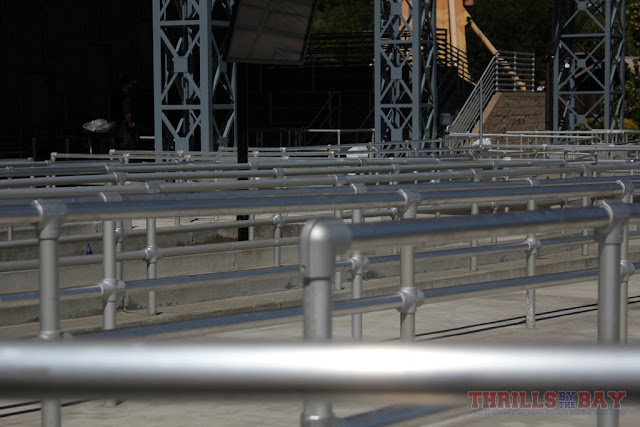 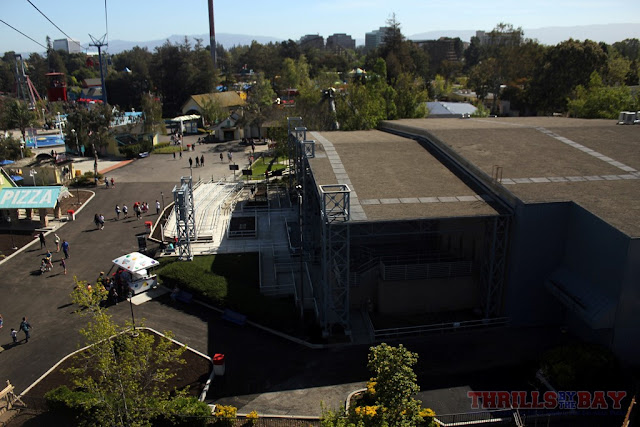 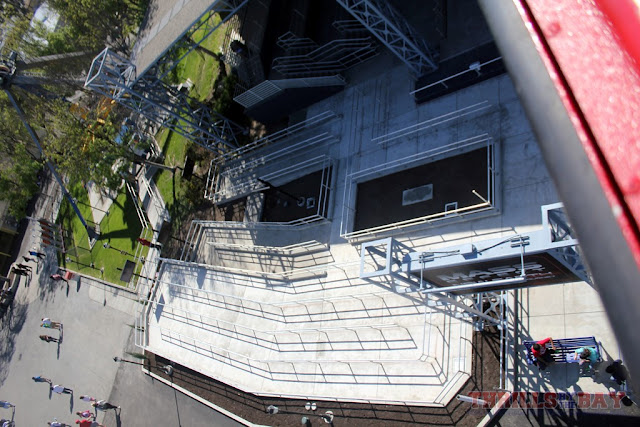 The building received a skin over the operating side as an element of theming, making it look much like the exterior of a space ship. Also upgraded were the pre show monitors, previously they used the older CRT monitors which were hard to see in the daytime hours. 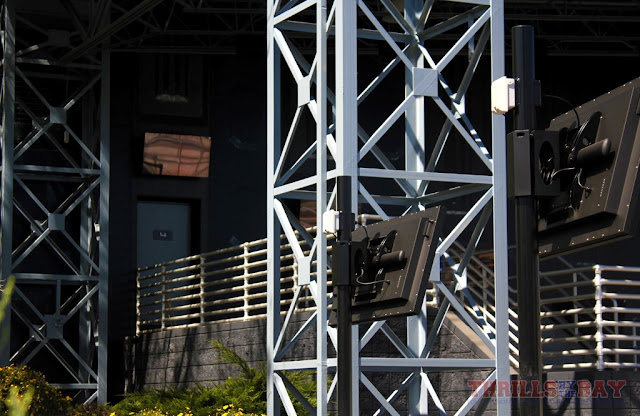 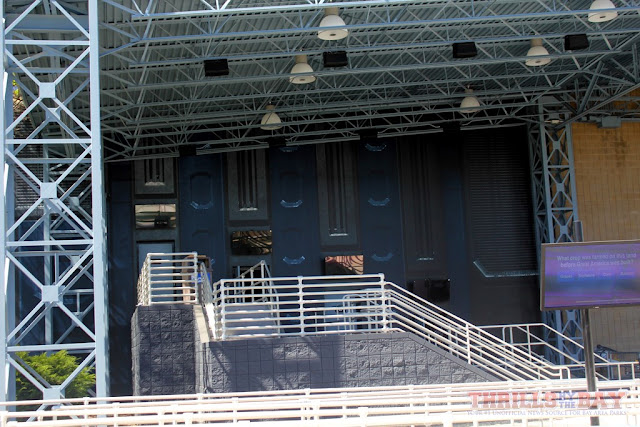 Bonus park feature for 2016: Great America now has free Wifi! As much as we should be enjoying our day with our families and friends, having a wifi hotspot is convenient. For those of us who do live updates at the park, this is a plus. Wifi seemed to come and go but overall it did the job (not that we needed to constantly be online :) ).

Other notable features from today were the following: 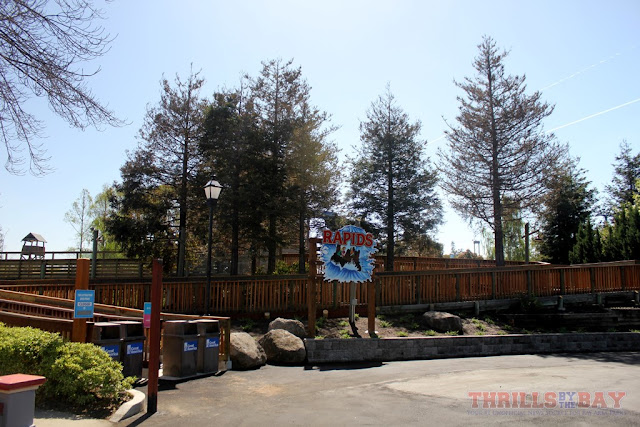 New game cards for the arcades - replacing the antiquated token system (there goes the days of finding some random stray tokens on the ground to play a quick game :) ). Better off using the cards though, wouldn't want a bunch of tokens pouring out of a pocket when on a ride. 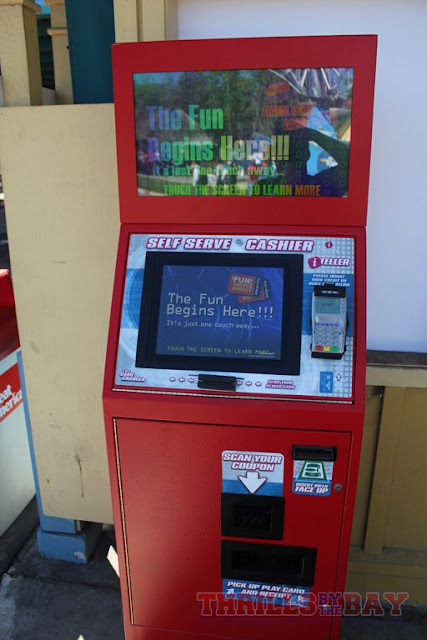 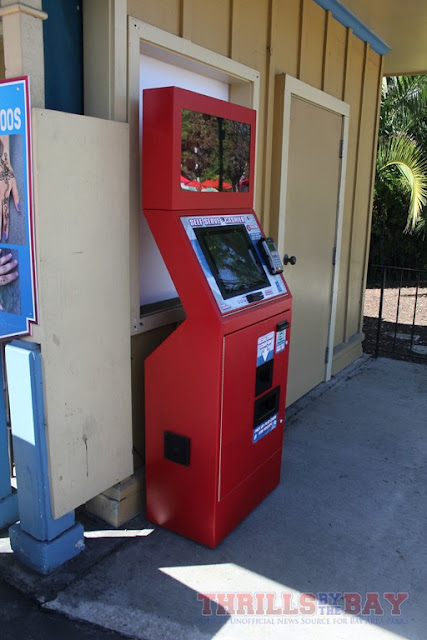 Drop Tower - number of things to mention here. First off, all 6 cabins were functioning on opening day! We hope they can keep all 6 running now as it will help the line significantly! Also, the cabins were repainted. Wonder if a tower repaint is in the works for the near future... Lastly (Didn't get any photos) they replaced the ugly gray wooden panels on the air gates with a natural color panel with curved edges, matching the curved edge shape of the metal airgates. 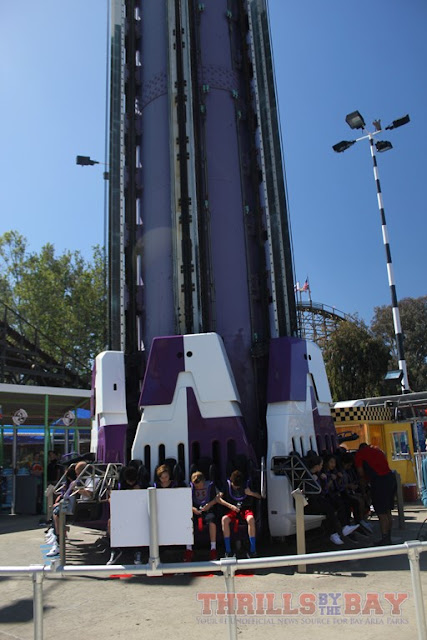 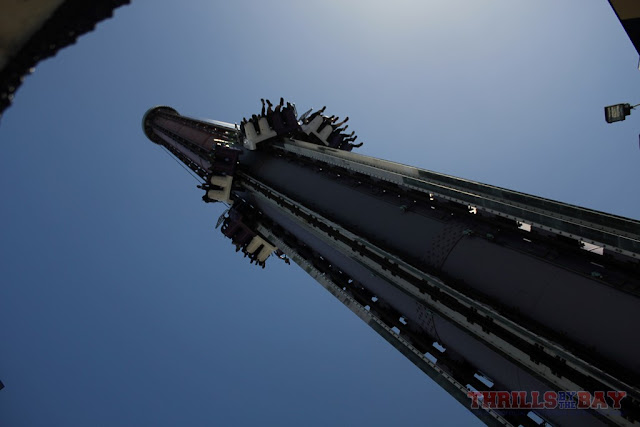 Here's a few other additional photos we snapped from throughout the day just out of pure randomness.

Thank you for reading and be sure to follow us on Facebook and Instagram for park news and updates!
Posted by Thrills by the Bay at 23:41