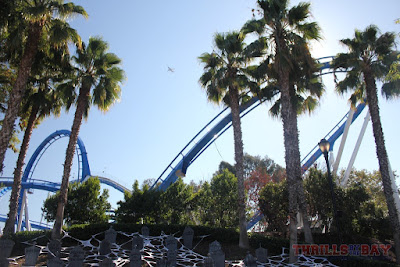 Vortex is barely recongizable as a lot of progress has been made over the past few weeks. Most of the track has been painted with a nice, vibrant blue and it looks like the supports will be next as sections have been masked off.

We were fortunate enough to catch some action yesterday as the crew was removing some of the rail's pin striping. Ever wondered why on the coaster rails there's a strip of bare metal running down the center and side? It's not because they "missed a spot" but because that's where the wheels make contact with the rails. Having no paint there reduces the friction between the rails and the wheels and overall eliminates any potential problems that would affect the train's wheels. 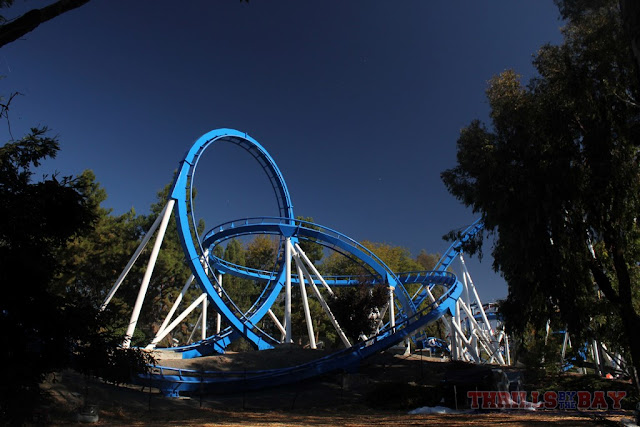 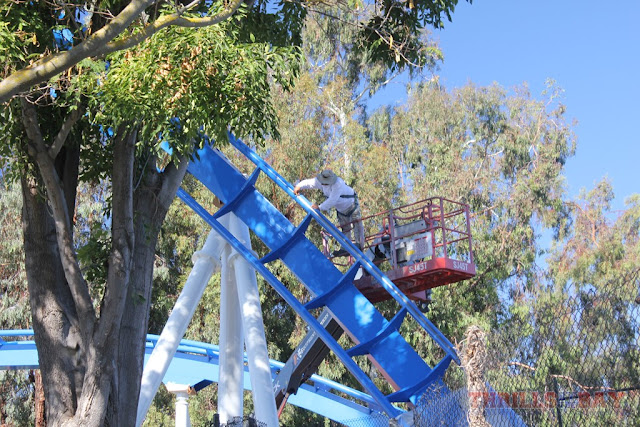 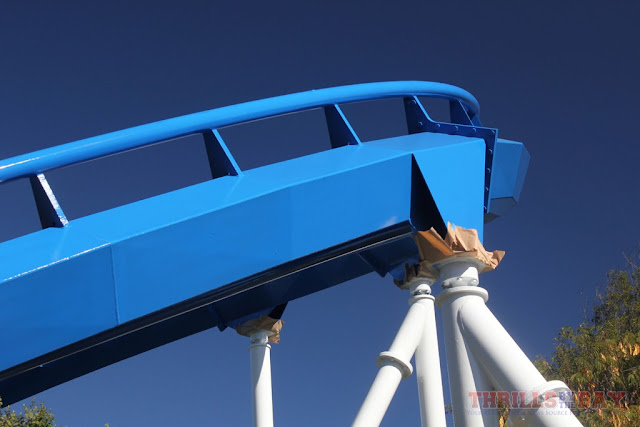 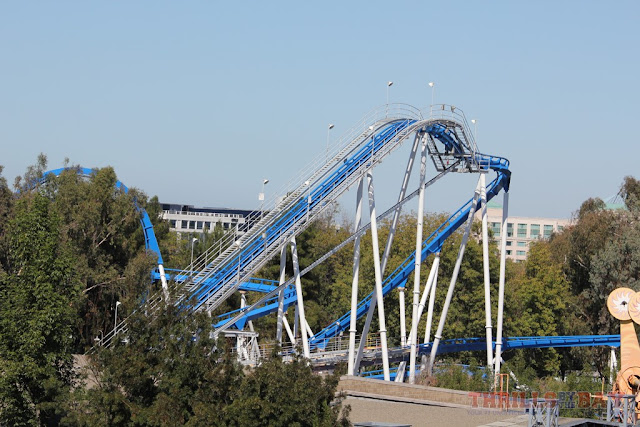 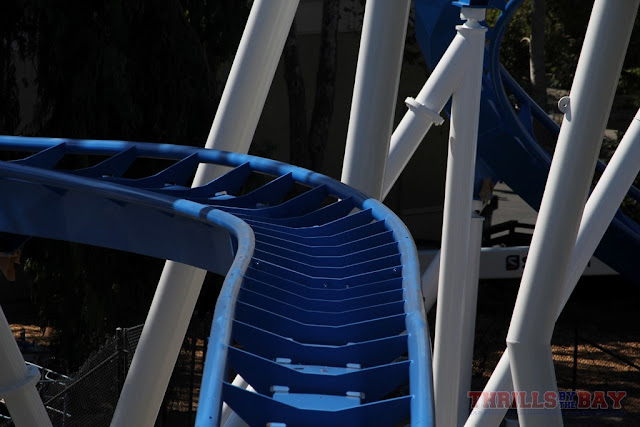 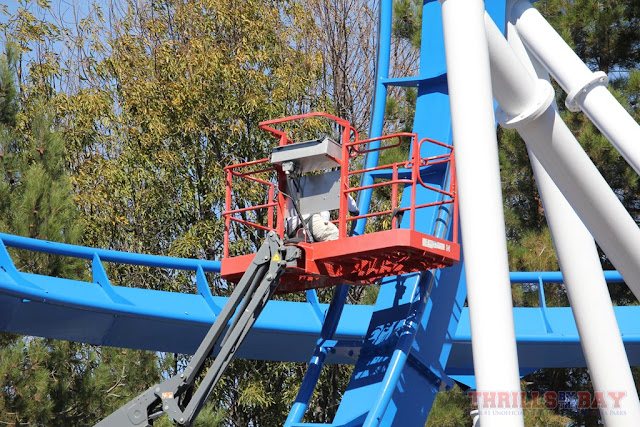 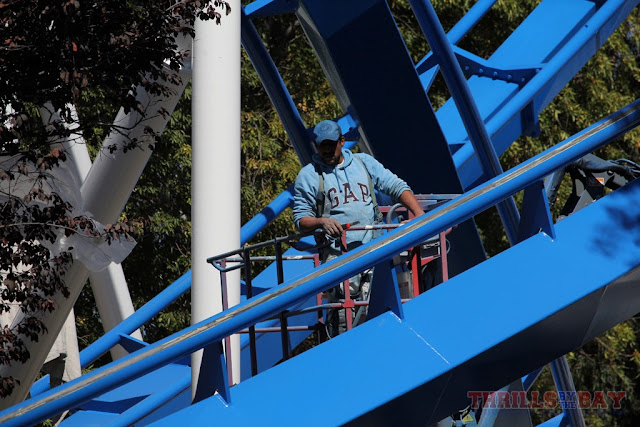 We aren't exactly sure what's happening in the station but the entire thing looks like it's been ripped apart. We are hoping the station will get a nice upgrade, you know, like having a roof :)

Lastly, during the ACE NorCal "Ace Night at the Haunt V" we were taken to the back to get a close up look at the new Patriot trains which had recently arrived on site. Patriot will be getting a nice upgrade with magnetic brakes as well. Photos of the train and backstage area were taken with permission on an authorized tour with ACE. 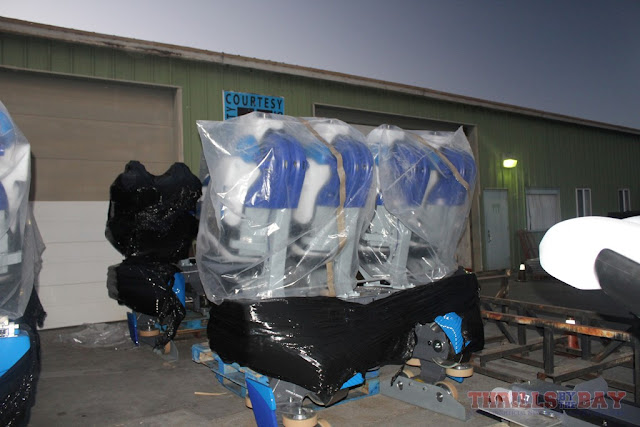 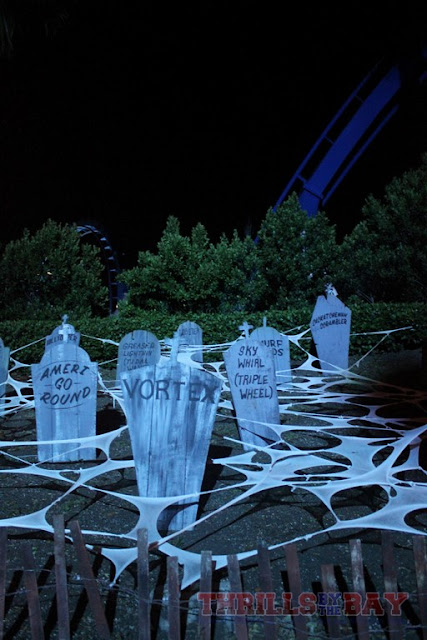 Are you excited for Patriot? Let us know in the comments below!
Posted by Thrills by the Bay at 09:19