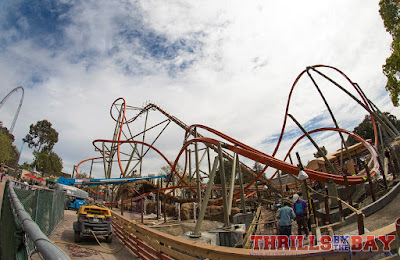 We're just a couple weeks into the 2018 season and RailBlazer is blazing along at a rapid pace as far as construction goes. Unfortunately we no longer have that cool view on the bridge as fencing has been put up obscuring much of the view. Opening weekend we were able to walk right up to the bridge handrails and got a clear shot of what was all happening.

Disclaimer: All of these photos were taken within the park's midways that are accessible to the public. Please don't enter restricted areas, construction zones or climb up on park structures to obtain photos (yes we've seen guests climbing up on park benches and even go as far as climbing onto the back rests...and we've heard of guests getting corrected by park security for doing such too! Remember, it's for your safety!) 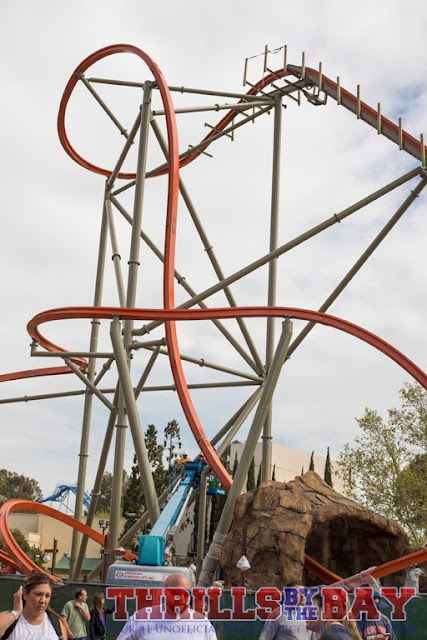 Moving along, one of the most notable things is the rockwork...and it looks gorgeous! Much of the scaffolding has been removed around the drop tunnel/canyon and while it's significantly shorter than the rendering, we are still delighted to see it as we all know "final product may vary." It will still provide that nice head chopper, followed by a narrow clearance between the drop and the overhead brake run. Other rockwork that is currently being painted is in the area just before the upward helix. 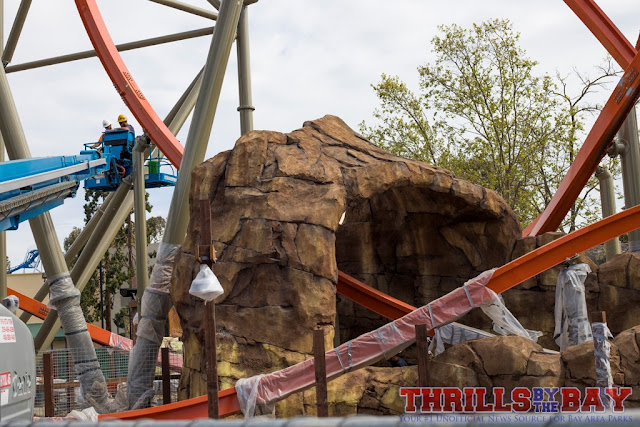 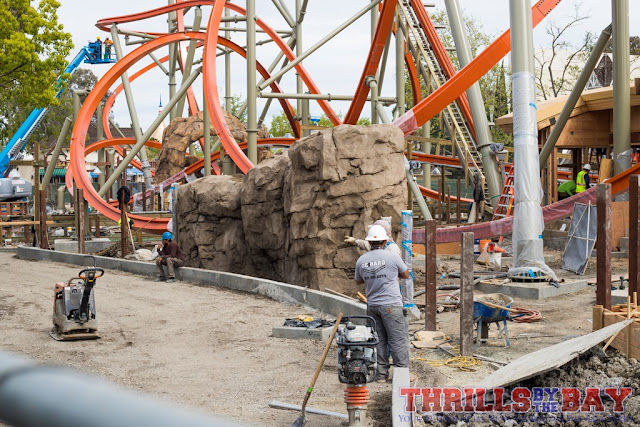 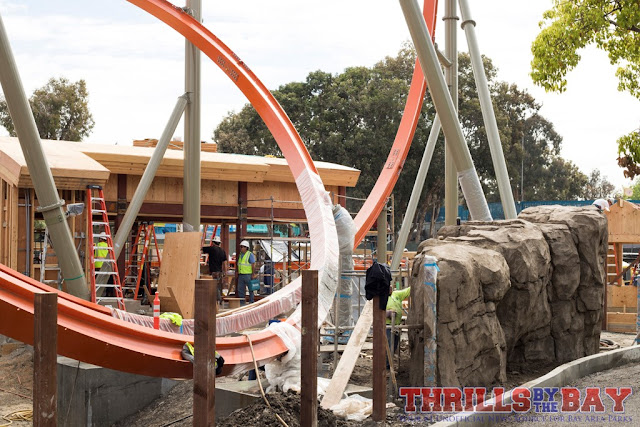 Another noticeable thing is after a small hiatus, the lift handrails continue to take shape again. Crews have been up on the lift installing the necessary components. Also, beneath the crest of the lift is more bracing for some catwalks to access the cogs and such. 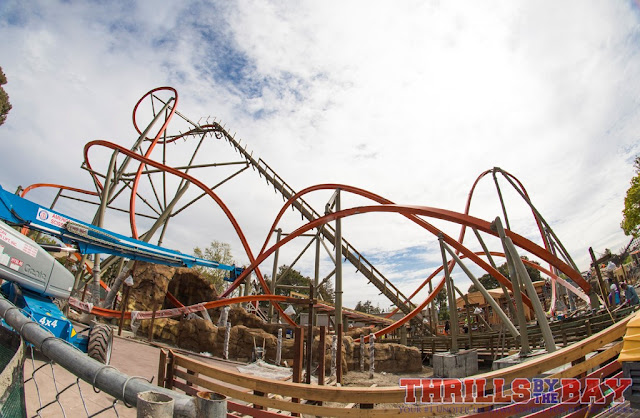 Last but not least, construction around the ride perimeter continues to take shape. This includes the small photo booth that guests will pass by upon exiting the ride. Hope everyone has their all-season Funpix! 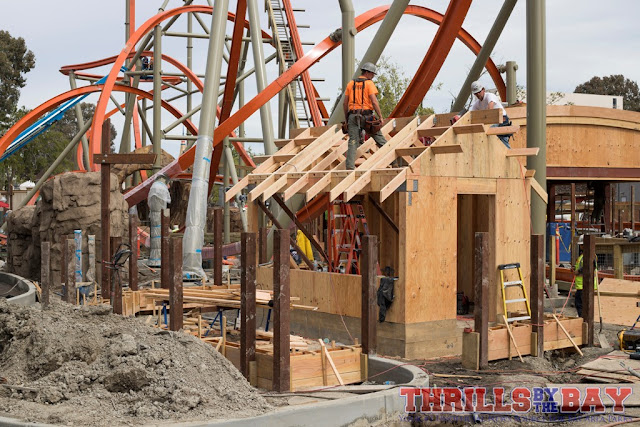 A few other small updates around the park include:
-New "Main ID" signage for White Water Falls, Hometown Square (Replacing the printed one that was produced last year), and fresh new lettering on the Orleans Place brick pillars (replacing the old weathered letters)
-New furnishings over at Pizza Orleans
-Maggie Browns is now open with the interior slightly re-routed - there are now 4 kiosks, doubling the capacity of taking orders
-New restrooms by White Water Falls is now open. Hoping the Orleans restrooms open soon as that's quite a distance between Patriot and Delirium restrooms :)


Have you made it out to the park during Spring Break? Have you gotten to try out what we're calling "Maggie's 3.0" yet? Let us know in the comments below!