This past weekend, we made our way up to Vallejo for a windy and chilly Sunday afternoon at
Six Flags Discovery Kingdom. Typically, we here at Thrills by the Bay love visiting SFDK during
the off season, especially weekends in early January when crowds are minimal and ride lines
are nearly non-existent.

That said, when one visits a theme park during a slower season, especially winter, one should
take into account that the park will have some attractions, restaurants, and/or entertainment
will be closed for refurbishment. During our visit, we were met with such closures, though the
number of closures seemed higher than a typical winter refurb season, particularly in the rides
department. 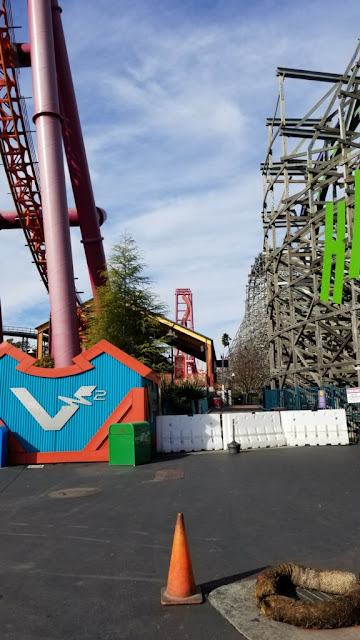 We partially chalk it up to the higher than usual winds and the brisk winter weather that may
have caused headliner attractions such as Medusa and Skyscreamer to remain shut down the
entire day. Some of the major rides that are closed for typical winter refurb included Kong, V2
Vertical Velocity, and Harley Quinn (we noted that the trains on Harley Quinn were partially
taken apart with the restraints missing from the unit). Of course, the water rides such as
Monsoon Falls and Whitewater Safari were closed, though I imagine no one took issue with this
since the weather just barely cracked 60 degrees that day.

With all these rides closed, this left Superman, Joker, Wonder Woman, and Boomerang to be
the 4 major thrill rides open. We found it to be a bit of a downer that so many rides were closed
on a single day. We even overheard some guests mentioning disappointment at how many
closed rides there were. I imagine that guests who paid full price at the front gate may have
been very upset due to the amount of attractions that were unavailable.

The thrill rides that were open did end up having very short lines the entire day, which was a
positive of the visit. Superman and Boomerang were walk-ons, and Wonder Woman was never
more than a 1-cycle wait. Joker is still running only one train, and it consistently had a line going
down the stairs which averaged about a 15-20 min wait throughout the day. Hopefully they’ll
have that second train running soon for the upcoming Spring Break season.

Back to Wonder Woman for a moment, we noticed that the ride cycle was ending much sooner
than in its first two seasons. Typically, the pendulum would swing far past 90 degrees which
provided strong G-forces and sustained floater airtime. Now, the pendulum just barely passes
90 degrees before the ride immediately slows down. Admittedly it was a bit disappointing to
see the ride running a less intense program, though we suspect it may be a preventative
maintenance decision so that the ride’s motor isn’t overworked. This is not confirmed though.
Hopefully the ride can resume its more intense setting soon, as the intensity of Wonder
Woman is what sets it apart from similar pendulum rides. 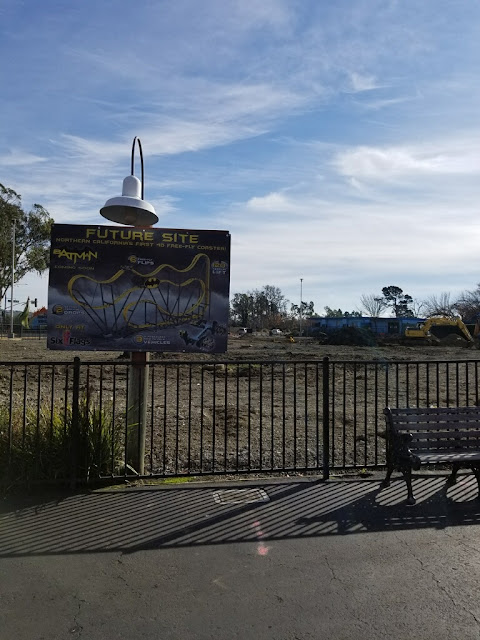 The new for 2019 S&S 4D Free Spin, Batman the Ride, did not show any new progress on
Sunday. The site of the former go karts remains a flat dirt plot as of Sunday. But we just received exciting news on Tuesday that track pieces have been delivered to the park! We’re
excited to see vertical construction begin on this new coaster sometime in the next few
months. 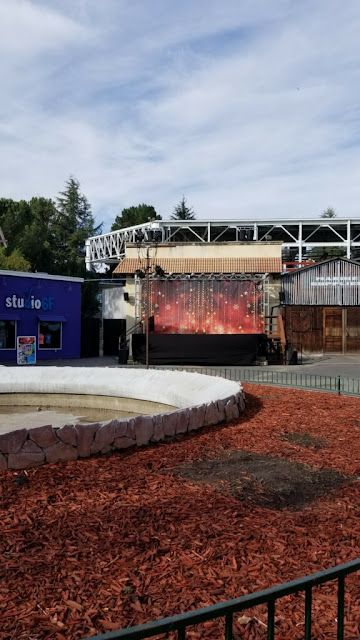 In non-ride related news, we noticed some remnants from Holiday in the Park, specifically in
the entrance plaza. We saw that the stage for one of their holiday shows was still intact. Also,
the center of the plaza that housed the Christmas tree during HITP (which normally houses a
large water fountain during summer season) was simply empty space. Hopefully the fountain
will come back soon to make this area look a little more spruced up.

Overall, we were happy to be able to ride coasters like Superman and Joker with reasonable
wait times, but the amount of ride closures really made the visit feel incomplete. We hope that
Six Flags will complete these winter rehabs soon and make more attractions available to the
general public. Normally we would recommend visiting during the winter for the lower crowds.
For now, it’s a bit harder for us to make that recommendation. Do you plan on visiting SFDK
during the winter? If so, be sure to check the park website to confirm that your favorite
attractions are operational. Otherwise, you may want to wait until Spring to make your way up
to Vallejo.
Posted by Thrills by the Bay at 10:25