As the month of March ends and April begins, we coaster enthusiasts celebrate the beginning of theme park season! The weather is becoming more pleasant, and many schools have started their Spring Break vacations which means higher crowd levels. Thrills by the Bay stopped by Six Flags Discovery Kingdom on the last day of March to enjoy a couple rides and see how construction is coming along for the new Batman coaster that’s slated to open later this year. We also saw progress on the transformation of the park’s inverted impulse coaster, Vertical Velocity V2. Let’s take a look at how the park is doing as the Bay comes out of hibernation.

When we arrived Sunday morning, we found there was already a considerable line of cars trying to get into the parking lot. After about 20 minutes in line at last we found a spot and decided to walk to the front gate instead of taking the tram. The weather was beautiful and after a long and rainy winter, the choice to walk was an easy one. 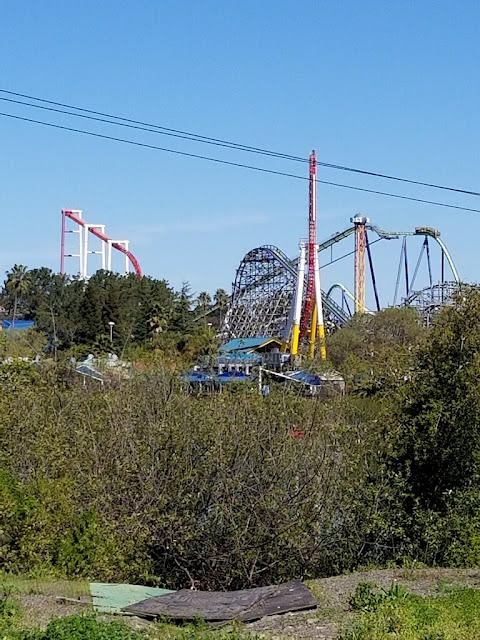 On the way to the front gate, we were greeted with a large mound of dirt, aka the construction site for the new Batman 4D Free Fly coaster that will be opening later this year. From here we could see that some vertical construction has taken place, namely one support sticking out of the ground. We’re excited to see more of these as the structure takes place in the coming weeks. 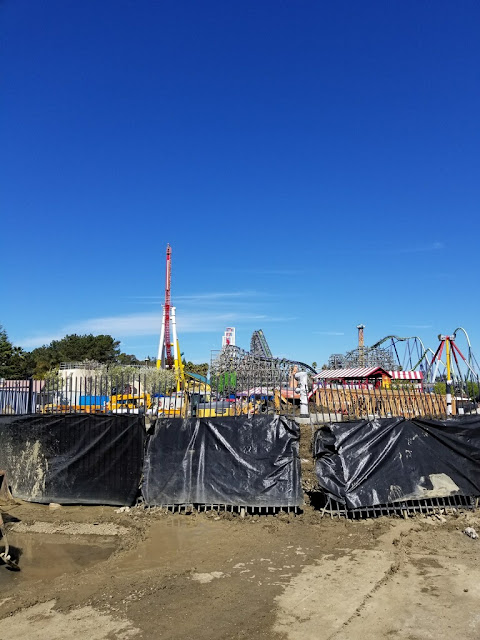 Upon arrival at security and the front gate, we immediately noticed the new paint job in progress on V2, which has been confirmed to be rethemed to The Flash as part of this corner of the park becoming DC Universe. Most of the supports just had primer, but we did see some interesting new colors, including a section of the spiral being painted…pink? We’re curious with what this will look like when finished. 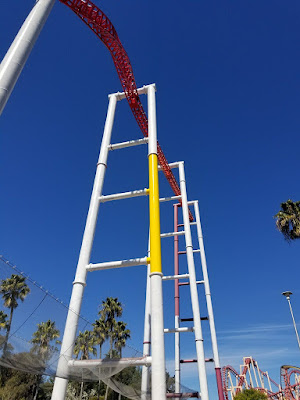 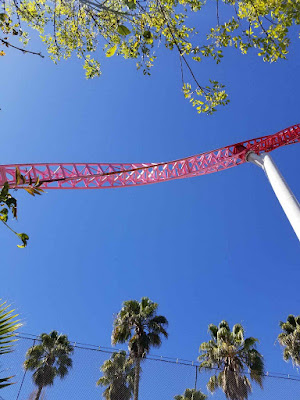 Once we got into the park, we saw that the dolphin fountain has made a return (it was gone during Holiday in the Park to make way for the Christmas tree). 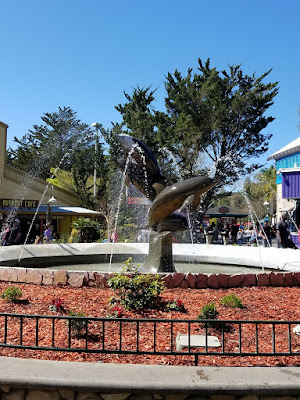 Making a left turn at the fountain, we saw that Monsoon Falls is still under refurbishment. As the weather was on the warmer side, this would have been a popular choice with families if it had been open. 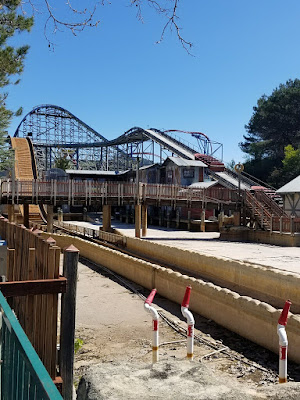 Thankfully, The Penguin splash battle ride and the Whitewater Safari rapids were up and running.

In the corner of the park that’s currently undergoing its DC transformation, a new food location has sprung up. Big Belly Burger is open and ready to serve hungry guests as they enjoy the many thrill rides in this area. 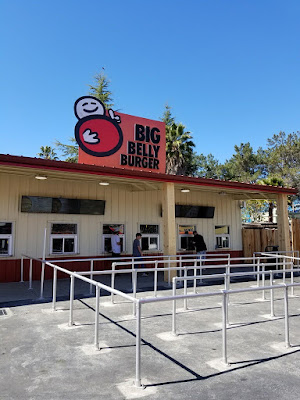 A closer look at the V2 station shows that the transformation is still very much in progress. The old V2 sign is still in place, but the new yellow paint on the supports looks striking. 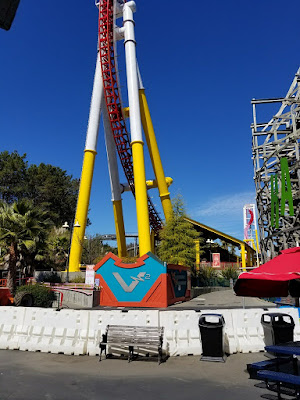 Walking further down the path, we were met with the other side of the Batman construction site. The framing for the station building has begun construction. We’re curious as to whether the queue will be enclosed in this structure or if there will be outdoor switchbacks. A closer look at the site revealed that some of the track is on the actual construction site so hopefully we’ll see the crew kick it into high gear and get this thing built as soon as possible. 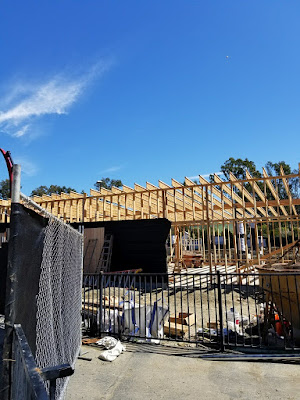 We decided to take a spin on The Joker. Unfortunately, the ride is still running 1 train. We’re starting to get concerned about this because it’s been about half a year that this coaster has been running in single train mode. We waited about 50 minutes to ride, whereas the length of the line could have easily taken 20-25 minutes if the park was running both trains. To be honest, it’s a bit disappointing that we’re not seeing SFDK make any major effort to get the second train online. As crowds started to pick up, we saw the line grow significantly and we can only imagine how long the wait became as more switchbacks were filling up. Hopefully the park can get Joker back to 2-train op soon to improve the guest experience. 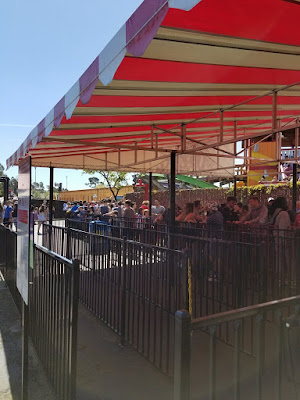 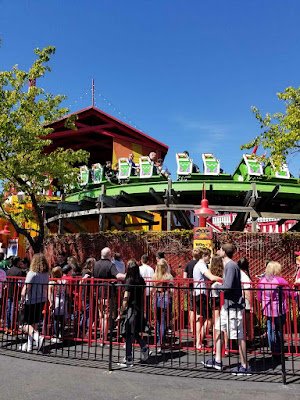 Next up on the other side of the park we hit up the oldest ride in the park, Boomerang. It was quite a pleasant surprise to see that the coaster is running relatively smooth (for a Vekoma). It was nice to ride Boomerang and not come off with a headache and sore ears.

Taking a short walk around the park, we have noticed one upgrade to the park restrooms that we like a lot. Most water fountains outside the restrooms have been retrofitted to include a filtered water station. This will be a lifesaver on those hot summer days when food service is slammed and guests want a quick drink of water. 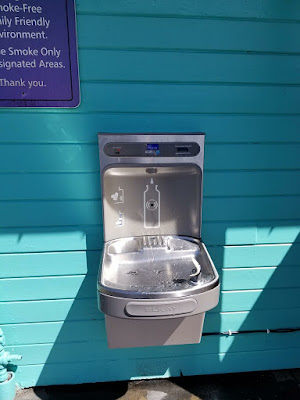 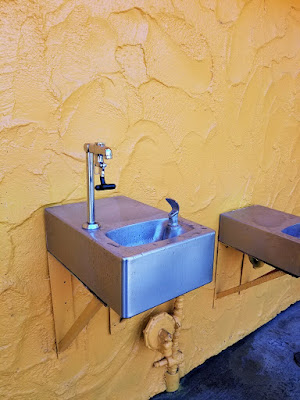 Speaking of busy food locations, right around lunch time we saw that all the restaurants were hit hard with long lines. We’re sure that the Spring Break crowds had something to do with the unusually high food court crowds. However, it’s pretty daunting to walk around and see such massive lines just to get some lunch. We’re hoping that the food service department gets adequately staffed when the summer crowds arrive. 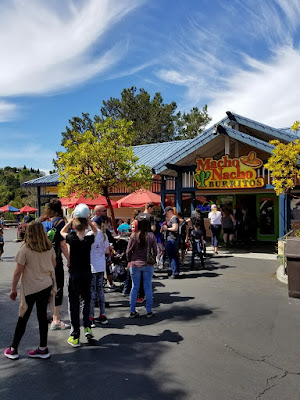 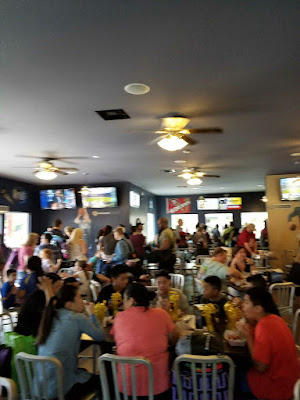 As restaurant and ride lines grew, we took a quick diversion to the butterfly habitat to enjoy some of the natural beauty offered at SFDK. 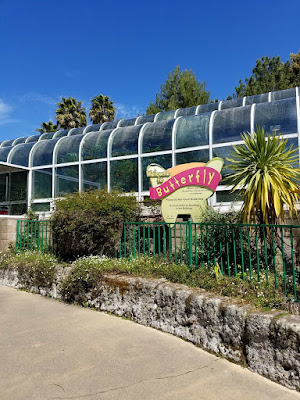 Many of the little creatures were flying around so quickly it was a bit tricky to photograph them. Can you spot the butterflies in this pic? 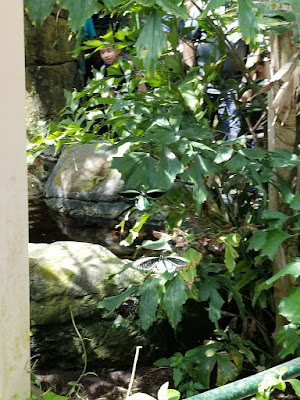 Don’t forget about the koi pond too, these big fish are quite impressive to look at. Our last ride of the afternoon was Medusa. We were pretty impressed with the ride ops who were working hard to dispatch trains promptly. The line was only using a portion of the downstairs switchbacks and moved very quickly. 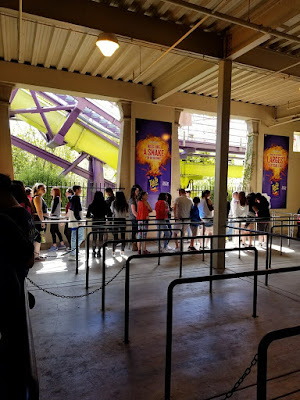 We’re also thankful that as the centerpiece of the park, Medusa is still running smooth as glass. Pro-tip: if you have a little extra time and patience and you haven’t already done so, wait the extra couple minutes for the front row. It’s quite a rush with all the wind blowing in your face. 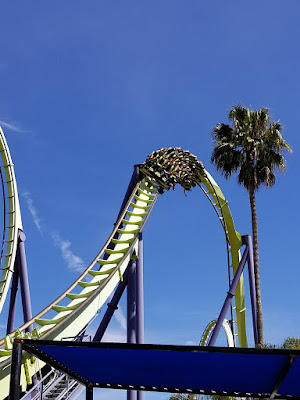 Around 3pm, the crowds had arrived in full force and we decided it was time to call it an early day. On the way out, we decided to watch a cycle of Wonder Woman Lasso of Truth from outside the park entrance. We noticed that the ride was still sporting an unusually long cycle with about 12 full height swings. As the ride cycled, we heard the guests’ screams and hollers start to hush a bit (we imagine some of them were starting to feel nauseated). Personally, we think that this cycle time is excessive, and has the potential to make guests sick if they’re not prepared. If you choose to ride Wonder Woman, we suggest trying it at the end of your visit, just in case it does make you feel a bit ill. 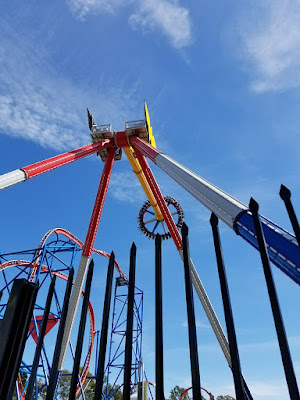 Overall, our visit was a fairly pleasant one. Despite the crowds, the park felt pretty chill and it reminded us that SFDK has potential to be an extremely enjoyable park if operations meet expectations. While we walked back to the car, we noticed that parking attendants were directing cars across the street to the fairground dirt lot. This was a sign that park attendance was heavy today. SFDK is definitely not having any problems getting guests through the turnstiles. We just hope that they have a plan to make sure all guests have a great time. 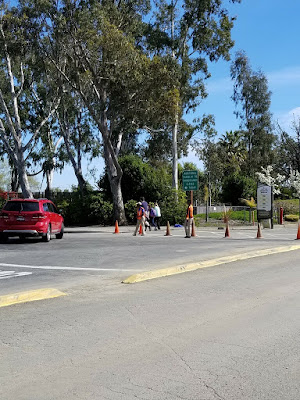 Are you excited for the new Batman coaster? How about V2’s transformation to the Flash? Will you be visiting the park over your Spring Break? Let us know what you’re looking forward to as the busy summer season approaches. 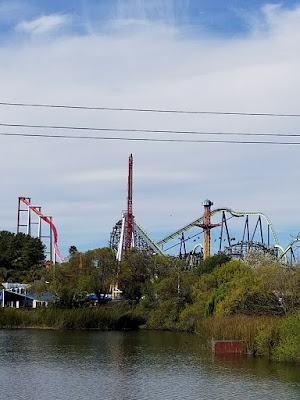