August 8 - the day California's Great America fans have been eagerly waiting for. It has been announced that the park will be re-imagining their Boomerang Bay water park as the all new "South Bay Shores" water park. South Bay Shores pays tribute to Northern California and the NorCal beach scene and the San Francisco Bay Area.

A number of new additions are coming to South Bay Shores including a new 6-slide complex, 8 kiddie slides, ample shade, new locker/changing room facilities, new food & beverage locations, and some relaxation areas while completing the loop around the water park. The existing slides will be rethemed to fit the area. 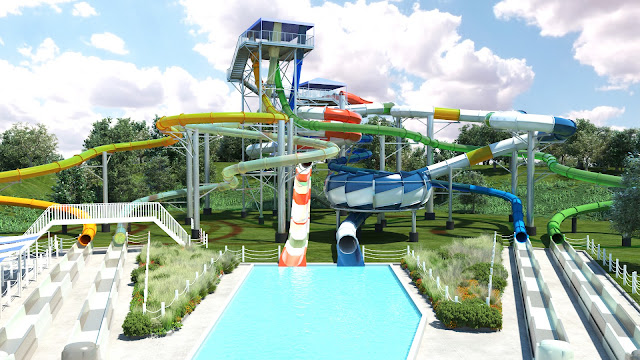 Pacific Surge Slide Complex
This 6-slide tower will feature 4 "drop capsule" body slides (dubbed Shark Reef Plunge) from a 60-foot tower where riders climb into a small chamber and experience a freefall plunge as the floor drops from under them. The other 2 slides will be tube slides where riders can ride solo or with a friend. One of the tube slides will feature a "spiral drain" finale where riders swirl around. This feature essentially resembles coin donation funnels you'd find at the store where you drop a coin in and watch it spiral down the center chute. The other tube slide will feature several twists and turns followed by a large, open-air drop finale. 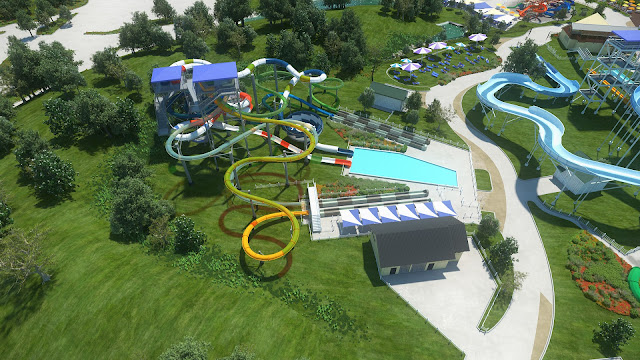 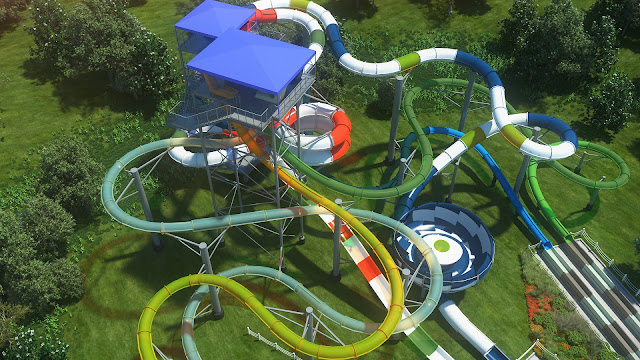 This slide tower configuration is unique to California's Great America with the pairs of body slides exiting on either side of the splash pool. The drop capsules up top face each other in a staggered configuration. Both of the tube slides appear to be slightly longer than the pair of tube slides found at Knott's. Overall, it's a refresher to see that South Bay Shores isn't getting an exact copy of what exists at the other Cedar Fair parks. The Pacific Surge complex resides where the former Peanuts Playhouse theatre once sat. 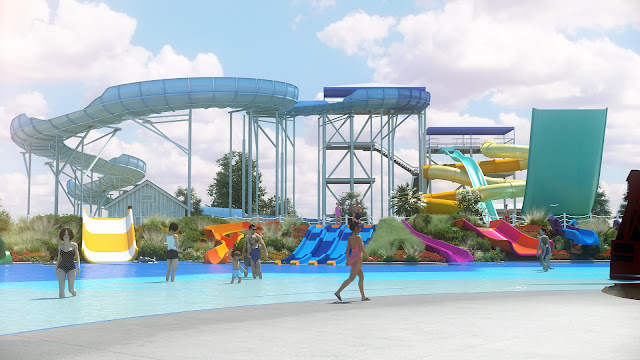 Tidepool
This reimagined "Boomerang Lagoon" will offer 8 kiddie slides (technically more if you count the 4 lanes on one of the kiddie slides) that drop you into the former Boomerang Lagoon. Some of the slides will be open air, others will be enclosed with some simple lighting effects via translucent rings on the slide tube. 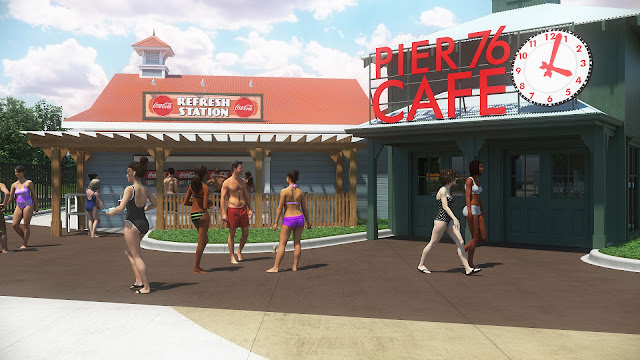 Pier 76 Cafe
South Bay Shores will feature a new dining location paying tribute to one of the wharf-style restaurants found in Northern CA, while giving a nod to Great America's opening year. Pier 76 is situated just a little bit behind Outback Shack. Wonder what the neighboring Outback Shack will be rethemed to. 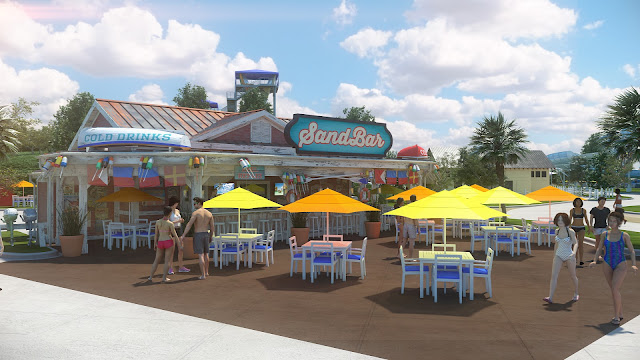 Sandbar
Located near the shore of Breakers Bay Wave Pool, Sandbar will be the place for the adults to go and have a cold one.

We decided to go and check out some of the construction this week to see more of what is going up, we'll let the photos from here on out show the progress.


Are you excited for Summer to return? As we near the end of Summer 2019, we anxiously await next year and plan on visiting Boomerang Bay...I mean, South Bay Shores a lot more! With more to do in the water park, I'm sure many will even perhaps make it a day's stay as the amount of attractions will have nearly doubled with a nice balance of things to do for the kids and for the adults.

Stay tuned for the next park update, and see you in the park!