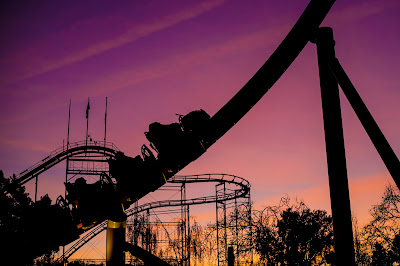 It has been a rather rough past 7 months. Our last bit of activity was attending Great America's announcement party on March 6th, completely oblivious to what was about to turn everything upside down. About a week and a half later, California "went dark" by shutting down everything not deemed essential as the COVID-19 pandemic was making its way into the US. 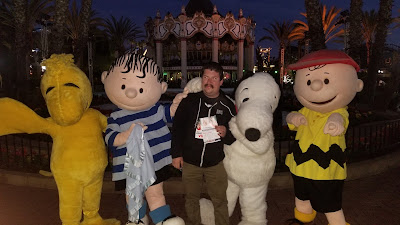 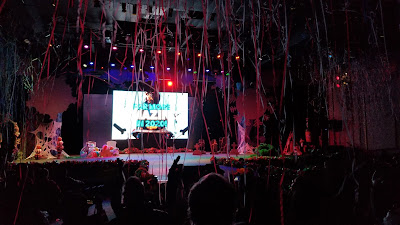 As these months went on, many non-essential businesses began to slowly reopen - some outdoor, and more recently, some indoor. There was just one thing - what happened to amusement parks? Unfortunately, since the shutdown, theme parks were left off the reopening plan that was unvailed recently - the Blueprint to a Safer California. Not long after, the amusement industry began to rattle their cages and make some noise as many parks across the country have been able to safely open. There were a couple of mentions here and there (beginning with Disneyland's anticipated July opening) about providing guidelines for parks to reopen but went forgotten after that.

Fast forward to mid-October, 7 months after California amusement/theme parks went dark, we were provided some guidelines. As many are aware, California is working on a 4-tier system for each county. Purple being at the bottom with the most new covid cases and Yellow being with the fewest. These counties are having to work toward moving up the ranks to get things to reopen. 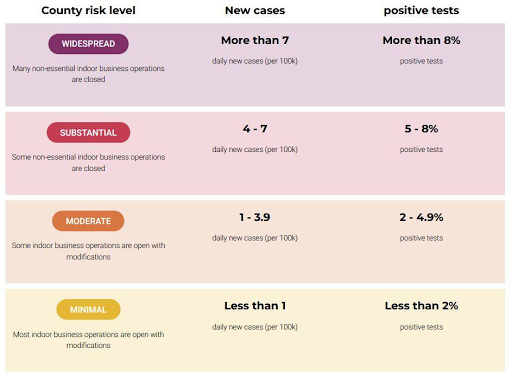 The news that was unveiled this afternoon was that "Small Amusement Parks" would be allowed to open in counties that are in the "Moderate/Orange Tier" with some pretty hefty restrictions - 25% capacity or 500 guests, whichever is fewer. It would also be restricted to guests who live in that county. Small parks are defined as parks that have a capacity of 15,000 guests or less.

Anything over that falls into the "Large Amusement Parks" which would include parks like Great America, Six Flags Discovery Kingdom, and the parks in Southern CA. Large-scale parks would not be able to happen until their county has reached the coveted "Yellow Tier" (which San Francisco just reached today - congratulations!). The parks would also be restricted to 25%, as well as their dining facilities. A detailed guideline can be found here.

The announcement was met with mixed emotions. While some counties are doing better than others, there have been other, riskier, activities that's been allowed to happen, thus completely lacking any consistency or logic. Parks like Universal and Six Flags Magic Mountain have a long road ahead of them as they reside in a county that's at rock bottom - the purple tier. As of when this blog was written, Santa Clara County, where Great America resides, is in the orange tier - a step below the required yellow tier to open. Six Flags Discovery Kingdom in Solano County is still in the red tier at this time. We also need to keep in mind that while the parks may be allowed to open when they've reached that goal, the county itself can still keep a firm grip on things and keep it closed until they're ready.

Meantime, what can we do to get things rolling again? We can do the following:
What are your thoughts on California's plan to reopen the parks? Let us know in the comments below.
Posted by Thrills by the Bay at 17:53